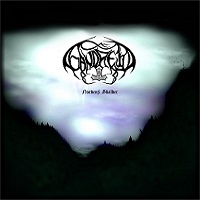 So, Nordens Skalder happened to me the other day, and I have to be honest – it was, at first, something I almost was ready to dislike.  Maybe I even wanted to dislike it too, for some miserable reason.  But, things didn’t pan out like that, and in fact, I even kind of liked it.  So, what was it that gave me pause?  I guess the thing really came off like a demo, in terms of sound, cohesion and feel.

In fact, opening track “Efter Moerkets Frembrudd” had me glancing at my stereo, wondering if the song was over or if that was just a really awkward sounding transition (it was).  The sound is Nordic in melody, raw in production, fierce in vocals (shrieks, Bathory-esque clean style, and some effects-aided stuff for atmosphere,) and a little sloppy in a good way…maybe a Peste Noire kind of way.  While I wasn’t thrilled by the song, each tune on the album gets better, and I was struck by the third track, in particular.

“Skaldens Sonner” starts with sparse tom hits in front of a Viking vocal wail over a cleanly plucked melody, and then kicks into a pagan sounding rhythm, almost campfire feeling with the grouped vocals.  As the song progresses, more traditional black metal develops but maintains the semi-glorious melody of the theme.  As we pass through these parts, Gandreid shows their skills as fine practitioners of, in their words, “blackened atmospheric folk/Viking metal.”  We hear good melody and the raw ferocity which makes black metal what it is.  And to be clear, this is album is caked with almost whiteout-conditions black metal.  It’s not a pagan picnic by any stretch.

Gandreid lie somewhere between Marduk and Bathory, and come across as very authentic, very pure.  Highlights include the general rawness of everything (this cuts both ways though,) good melody and atmosphere, some real insanity and torment, and pretty good riffs and emotion.  This is worth a listen, fans of true Norwegian black metal, or at least make note of it.  The follow-up to this debut could be a real monster.