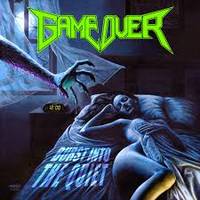 Very Nuclear Assault, this whole package from Italian thrashers Game Over. Their font certainly is a swipe of NA’s old logo, not to mention their name, which is quite apocalyptic, death and destruction, etc., etc. Therefore, it’s not much of a reach to figure out what one is getting on Burst Into the Quiet: Technically adept, part-derivative, semi-enjoyable thrash that at its best, is B-league thrash. At its worst, it’s a total toss into the pile, utterly forgettable and bland. Such is life for bands with the guts (or lack thereof) to still want explore the style…

The band’s coast-to-coast (we’re talking about America) style of thrash does help breed some relatively happening moments of technicality, as found on the romping opener “Masters of Control,” as well as the huffy “The Eyes (of the Mad Gardner),” which is surely supposed to be “gardener,” but we’ll cut the band some slack, as it’s probably their attempt at having their own Mad Butcher, ala Destruction. The meaty and thoroughly heavy “C.H.U.C.K.” gets the nod as the album’s best cut, as it’s spliced up with dynamic interplay between action-packed riffs and vocalist Renato “Reno” Chiccoli’s skateboard rasp.

Otherwise, the familiar tread and wear found on “Nuke ‘Em High” or “Trapped Inside Your Mind” isn’t going to do much for Game Over, with a lot of these ideas already being milked to death over the last five or six years. However, Burst Into the Quiet should land with its intended audience, who, no matter how many times they’re hit over the head with the same thrash 2 x 4, keep coming back, adding patches to their jean jackets, or tightening their jeans. Thrash of this style is really becoming a cockroach. 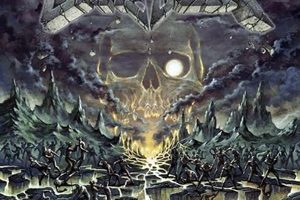 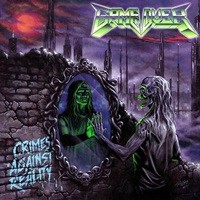 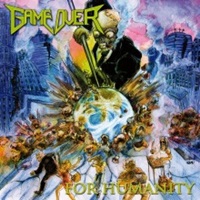