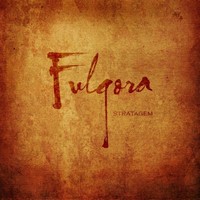 Yet another reason to use the overhyped and excessively used term supergroup, Fulgora consists of members of Pig Destroyer, Misery Index, and Agoraphobic Nosebleed. Those looking for something similar to the afore-mentioned bands should approach with caution or end up a bit disappointed. While Fulgora falls quite nicely into the extreme metal category, it’s not quite what you might expect.

Whereas the “big three” bands noted above go into mostly death, grind, and destruction, Fulgora sets their sights at something a bit more hardcore in nature, not to mention melodic. We aren’t talking melodic in the sense of something bouncy and happy, as Stratagem is quite loaded with vitriol but there’s fair bit of backing groove to the usual approach. The overall sound is pretty filthy, in that nice way that we are all getting used to, and this helps in terms of the caustic approach of the tunes.

There are two small points of contention with Stratagem. First off are the vocals, which are of a more hardcore, shouted approach. It’s not that they can’t fit the material, but that they don’t seem to convey the amount of power that they should. It just sounds more like something that would work with Unearth instead of a grinding, snarling extreme metal machine. The second is that at 19 minutes, a full-length this is not. It’s also padded by two, minute-ish tracks that seem present only to pad the runtime. No one wants a 45 minute length with music like this, but a few more songs could help things.

While Stratagem isn’t a ‘hit it out of the park’ effort, there’s still some potential here. Add a few more tracks, put a bit more venom in the vocals, and voila, Fulgora could be onto some punishing stuff.