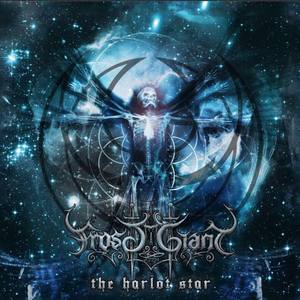 For some reason there lingers a stigma that the American folk metal acts can’t be held up to the same standard as their European counterparts. In more recent years, that couldn’t be further from the truth. Acts like Aether Realm and Wilderun have done their part to compete while bringing in some uniquely American influences in to set themselves apart. Consider Pennsylvania’s Frost Giant the next big US folk(ish) metal band to make some further testimony for the excellence and growth of the scene.

Upon first listen, it’s clear that Frost Giant have some influences from some European acts like Tyr and Ensiferum. But the way that they infuse the melodic death/folk feel with power metal and even punk/hardcore influences is what will make them stand out. They can take a song from a goofy, danceable folk and transform it into a frantic and explosive melodeath riff-fest at the drop of a hat (“Prisoner of the Past”) – embracing the sometimes apparent hokeyness of the genre and merging it into something that’s dead-set on putting a smile on your face as you sing along and shred. On the other side of the coin, they can take an acapella track and play it with stunning conviction and sincerity (“An Exile in Storm”) and provide a dynamic and thoroughly engrossing epic-length track that’s sure to get a rise out of those who check it out (“The Forgotten Graves”). As for the band’s punk/hardcore influences, simply check out the richly textured “Of Clarity and Regret” to see how seamlessly it is integrated, and its ability to take the song into directions that are both familiar and uncharted folk territory. Not to mention the gang-ish chants, such as on “Forgive Me Not,” which bring a stirring and epic quality while taking a fresh angle.

Genre-blurring at its best, The Harlot Star is an altogether enjoyable and rousing piece of folk metal that isn’t afraid to color outside the lines. Top-notch vocal work and diversity, some glorious riffing and solos, and an atmosphere that can cater to those looking for both an epic feel and ‘fun’ vibe. Frost Giant capture a bit of it all while providing a fresh perspective that many more established acts in the genre cannot match.