Frames – In Via (SPV Records) 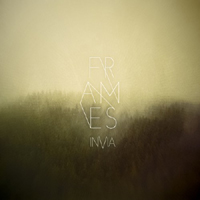 Rather odd to see an all-instrumental band on SPV’s roster like Germany’s Frames. For a while, the German-based record company made a really bad habit out of signing aging bands who demanded obscene amounts of money upfront (what’s up Manowar and Blackmore’s Night?), which may or may not have led to their financial troubles a few years ago. Thankfully, the label has found its footing again and has re-focused itself on developing new bands and maintaining their array of heritage acts. Considering the massive presence of SPV, not having them around would be quite the weird scene.

One of the new bands the label has started to push is the above-mentioned Frames, who on their second full-length In Via, create a serene and cinematic soundscape across ten songs. By going the all-instrumental route, the Germans are able to have unlimited flexibility with their Pelican-on-Isis creations, mixing and matching various soft sections (see: “Encounter”) and guitar-oriented rock-outs (“End Of A Decade”). There’s the appropriate amount of soft-loud moments too, although they are spread apart from song-to-song, rather than doing it in-song, something Isis made a living from.

The band’s stranglehold on melodic dynamics proves to be key on standouts like “Departure” and “Reflections.” Piano work comes to the fore on the excellent “Don’t Stay Here,” which if we weren’t paying attention, would be a winner in the art-rock world. A sample (in German) during album closer “Coda” ends up being the only words uttered on In Via, enabling the song to be a dramatic parting shot.

A welcome addition to the all-instrumental field, Frames’ attention to textures and melodies is the defining trait of In Via. While it doesn’t quite stick in one’s craw like the masterworks of Pelican and Mono, it’s the delightful (that’s right – “delightful”) sort of album that one can put on and drift way. Totally cliché-sounding, but in this instance, the utter truth.