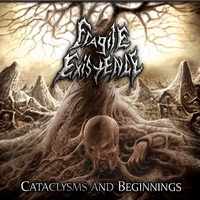 Often it’s nice when an album turns out to be more than what you are expecting of it. In the case of Canada’s Fragile Existence, Cataclysms and Beginnings looked like it was going to be an open and shut case of ‘textbook’ brutal death metal (note the logo and album art). But to dismiss Fragile Existence on that merit would be a mistake.

While opening up in what appeared to be standard brutal death metal with “A Malignant Design,” there was to be a shift as the album progressed. “A Malignant Design” used some heavy, classic death metal riffing with brutal vocals and seemed to be a good opening start for the band’s second release. Some solid chops in the guitar department, with the title track taking things one step further in that direction with a memorable solo midway through. By the time “Four Walls of Emptiness” kicks in, those more subtle melodies start to surface into more blatant ones. The death metal backbone is still there, but there is also more melody that pushes forward, along with some gritty clean vocals that do well to give the band some diversity. Some more strong leadwork characterizes “The Pathogenic Nightmare” and the acoustic opening to “The Skin Casket” again gives the band more melody than one might expect, while “Accommodating Demise” and “Exiled to Desolation” are sure to get the blood pumping with a more straight-laced death metal approach.

While Fragile Existence doesn’t veer too far out of death metal territory, it was a pleasant surprise to hear the number of melodies (without going ‘Gothenburg’) present on Cataclysms and Beginnings. Heavy enough for the death metal fanatic yet memorable enough to attract a more melodic audience. Can’t go wrong with that approach. 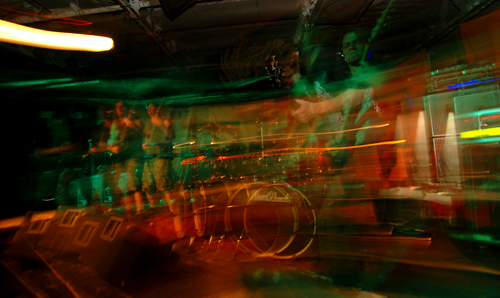