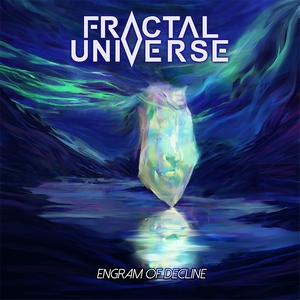 Rising up from nowhere with their first 2015 EP, Boundaries of Reality, Fractal Universe began to catch some buzz and since signed with Kolony Records. Debut effort Engram of Decline is now just around the corner from release date, which surely has some tech-death fiends awaiting their latest slab to absorb and dissect. Unfortunately, the album comes across as a bit underwhelming.

It’s often noted by some that the tech death genre is more about flash than actual songwriting, and Fractal Universe falls into this trap frequently on their debut. There’s lovingly and sometimes dizzyingly impressive progressive tech displays (think Obscura) but the thing that leaves Fractal Universe from the top tier is that nothing really ever sinks in. It’s not for lack of trying, considering the razzle-dazzle that one can hear with a frenetic track like “A Name to Deny,” which opens gradually until it all but explodes into densely spiraling riffs done at breakneck speed and precision, or the Opeth-ian progressive lumbering of “Venomous Coils of a Holy Fallacy.” Likewise some high-caliber names like Michael Keene (The Faceless) and Jørgen Munkeby (Shining) led their talents to a guest spot, while the album itself takes the concept of Nietzsche’s Thus Spoke Zarathoustra and crafts itself around human thought. Sadly, it just fails to connect for much of the album, coming across as more mechanical in nature than a collection of songs.

Engram of Decline showcases a young act that is full of potential but ultimately falls short this go-round. No one is going to argue with the technical assessment of the album, as they can play with the best of them. But Engram feels more akin to a collection of intricate riffs that are played coldly and flat, without the underlying emotion necessary to raise them up to the next level. Perhaps with a bit more experience under their belts, that potential can be fully realized. 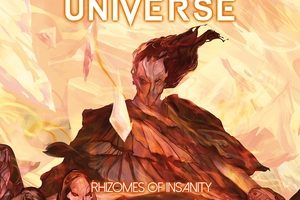