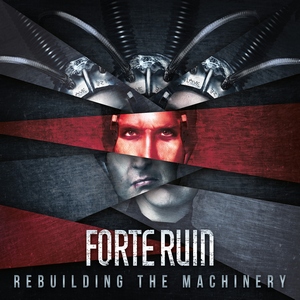 Returning three years after their first 3-song EP, Finnish progressive/melodic death metal act Forte Ruin serve up a new EP in the form of Rebuilding the Machinery. Following the more modern side of the genre, one can expect plenty of keyboard accompaniment to go along with the genre’s usual blend of the heavy and melodic.

Continuing to progress from their first output, Rebuilding the Machinery sets the catchiness factor high without having to rely on simple poppy structures. There’s a distinctive level of heaviness from the start, with machine gun riffing attached to some soaring synth work. At bit more upfront than on their last effort, the keys are still one of the defining features of the band. The way they are employed keeps the material feeling fresh, and occasionally gives it a more progressive leaning (such as the title track). Outside of the keyboard, this is melodic death metal after all, and there’s plenty of enjoyable and aggressive riffing to be found, which is a nice counter to the synths. The galloping riffs of “Colony Collapse Disorder” are just what genre fans crave, with a combination of fists-in-the-air energy and overall memorability. In addition to such features, a good dynamic of both shouted and sung vocals is the final piece of the puzzle. The cleans are quite compelling and are used in such a manner than that eschew the more mainstream feel.

Rebuilding the Machinery is another effective leap forward for Forte Ruin. It still is quite comfortable in it’s melodeath skin, but also has a fresh edge that maintains a degree of heaviness to the riffs while staying melodic. Let’s see if they can keep this level of quality up with a full-length. 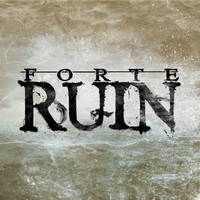