Vouch-o-rama for these guys all the way, for they’re one of the real standbys of ugly, miserable metal. Forgotten Tomb, unlike the shocksters in the Swedish Shining, have a long-running lyrical bent of being as thoroughly depressive as possible, all the way laying down the wood in an extreme, but accessible sort of Goth/black manner. It’s not a common mix, nor is Forgotten Tomb a common band, explaining why some of their albums (see: Negative Megalomania and 2011’s unsung Under Saturn Retrograde) are near-mandatory listening. As expected, Hurt Yourself and the Ones You Love delivers.

Engaging in a similar sort of downtrodden, but muscular doom-and-plod, Forgotten Tomb (guided by founding member and singer/guitarist Herr Morbid) haven’t refined their sound as much as they have added new layers of intrigue. The pushy opener “Soulless Upheaval” buzzes and bites like a chained dog (who is depressed), while the dissonant guitar hammers of “Mislead the Snakes” are an absolute album highlight, as if someone sucked the melodic energy out of Brave Murder Day-era Katatonia and dropped into dirty black ‘n’ Goth. And there’s a dearth of clean vocals from Morbid this time out (they were sometimes hit or miss, to be frank), meaning his singular, savage rasp is in total control during the choruses of the title track, and “Swallow the Void.”

Still (surprisingly) one of those under the radar bands who are deserving of more recognition, Forgotten Tomb’s unwavering consistency and individuality shine through on Hurt Yourself and the Ones You Love. Some real pearls are to be added to an already impressive line of songs for the Italians, suggesting that one would be wise to check out the above-mentioned Negative Megalomania and Under Saturn Retrograde. And this one, too. 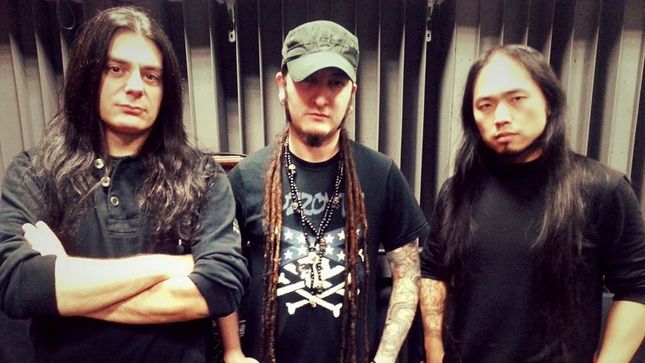