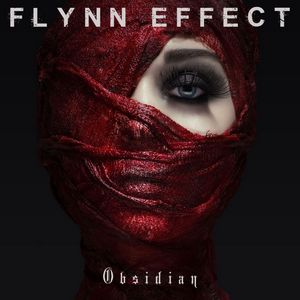 The Flynn Effect states that since the 1930s, the IQ of the world has increased to this date. While one might scratch their head at this given some of the state of the world affairs, we aren’t here to talk about such global trends but rather Brisbane’s Flynn Effect, who are about to release their second album, Obsidian. And it’s the type of album that many should be able to enjoy, regardless of IQ.

Taking elements from alternative metal, gothic, and industrial, Flynn Effect can sharpen their blade with both melancholic and more explosive material. The first few tracks, including “All for Love,” “Fade,” and “Tremors” all sit at the more energetic end of Flynn Effect, bringing a more industrial Lacuna Coil to mind (minus the male vocals). The riffs are catchy, as are the vocals of Tomina Vincent, and the electronic/industrial backing gives them a slightly different approach than many of their peers. The band moves into more gentle territory in the middle of the album, with a cover of Coldplay’s “Talk” and “The Flight” veering from more industrial influences into more straight symphonic ones. Harder cuts like “The Darkest Hour” and “Give in to Me” ramp up the energy level, but the back half of the album suffers from some mild, up-and-downs and feels a little bit weaker because of it. Nothing particularly wrong with any of it, but there’s a sense of disconnect at times as you go from song to song.

Flynn Effect are strong at both ends of the spectrum – enjoyable and energetic modern metal songs, as well as more introspective pieces. A stronger unifying theme that ties these two sides together for album number three could cement them as an even more promising act, but for now, Obsidian outlines an idea of where the band can operate. 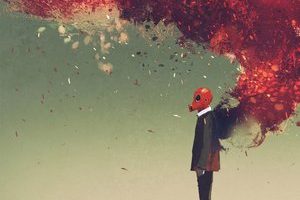