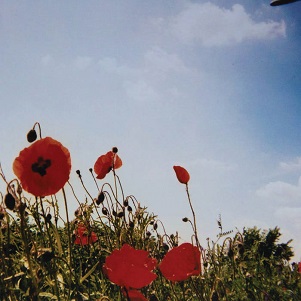 Flowers on a black metal album cover is like George “Corpsegrinder” Fischer wearing JNCO jeans. They’re unlikely, if not frowned upon bedfellows. (Anyone who was a serious metalhead in the 1990s can surely recall these pants and the threat they posed to our tight-jean existence.) While we all remember the bluster and furor Deafheaven caused with Sunbather’s pink cover, the same will not apply to Dutch black metal duo Fluisteraars. They are fundamentally a black metal band, but not a black metal band if the italics are any indication of the point being made. What matters, though, is that their third studio album, Bloem, is a mesmerizing listen.

Back to the fundamentals: Virtually everything Fluisteraars does is rooted in the core tenants of black metal, namely, manic tremolo picking, harsh vocals, a raw, but quite a listenable production job and prominent folk influence. The album’s five cuts can be effectively sliced down the middle, with “Eeuwige ram” serving as the divider. Opener “Tere muur” and “Nasleep” corner the market with careening Scandinavian riffing and fulsome blasts. The occasional tilt toward the avant-garde creeps in toward the end of “Nasleep” with some effects and piano motifs, moving into the harmonious, mid-paced “Eeuwige ram,” which strolls along like any good Drudkh number, as in, with purpose, but a hazy gaze left to lock in on those gorgeous chords and easy melodies.

Bloem is eventually catapulted over the top with “Vlek” and “Maanruïne.” “Vlek” shoots across the bow with multi-instrumentalist Mink Koops’ volcanic riffs and vocalist Bob Mollema’s acidic tone, then breaks off into a lush, to-die-for acoustic arrangement that practically makes the song, and, if you’d like, the entire album. It’s just about as momentous as Dimmu Borgir’s closing instrumental break on “Stormblast” (the song). And “Maanruïne,” in somewhat of the same fashion of “Eeuwige ram,” employs a cascading melody to work up against more black metal grinding, and, for what may become a Fluisteraars trademark, ends with more acoustic guitars and a trumpet.

To wit, Bloem is barely 34 minutes long. There is a certain comfort in the album’s brevity, but, do not mistake that for lack of quality. All five cuts here are gold. 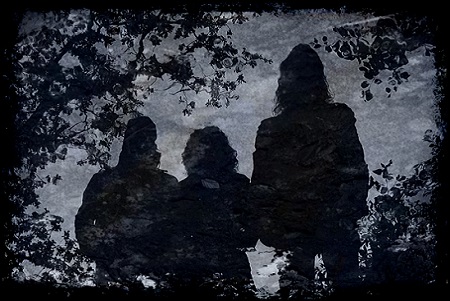