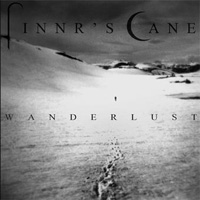 Right in the wheelhouse of Agalloch, Ontario’s Finnr’s Cane are a fresh addition to the swelling “wood” metal ranks. With the expected array of chilled acoustic guitars, dark passages, and minimal vocals, FC manage to concoct an atmosphere we’re quite accustomed to at this point on their debut Wanderlust. Plus, they have a band member called “The Slave” on the synths and cello. Awesome. Slave to what? The woods?

The Canucks are quick to burrow their heads into a rash of minimalistic acoustic guitars on opener “The Healer,” which proves to be the standard-bearer for the rest of the album. Quiet and sparse, “The Healer” evokes visions of cloaked figures in a wooded area huddled around a fire pit chanting hymns. How is that for visuals, eh?

“The Lost Traveller” follows suit, albeit in a more drab fashion, recalling the likes of their countrymen (and fellow wood metal soldiers) Woods of Ypres thanks to droning vocals. “Glassice” is another barely-there track, with gently-plucked guitars and a lazy, lull-you-sleep vibe that should prompt those with sleep apnea to rejoice. Thankfully, Finnr’s Cane is able to lay down the black metal gauntlet on “The Hope For Spring,” a song that resonates with the prime-era of Norwegian black metal and in fact, is a really good take on it.

Not as stirring as one would have liked, Finnr’s Cane won’t bear the fruits of their work until they resist the urge to venture into those hazy, lazy instrumental passages, the bulk of which bring Wanderlust down a few pegs. Beyond that, these guys have the arsenal to approach the impenetrable dark metal force field that Agolloch (who are clearly the primarly influence here) have had up for over a decade. 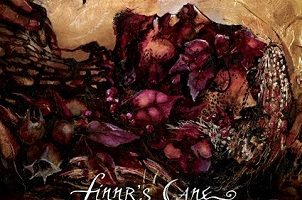 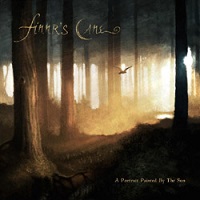