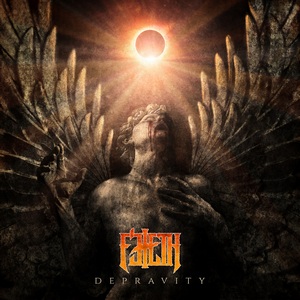 A fresh act onto the extreme metal scene, Feleth come to us from Norway with their first offering in Depravity. There’s a bit of a hodgepodge when it comes to the band’s sound, but for the most part it certainly falls into the death and thrash metal range. But there’s more to it than that simple classification, which should be a strength of the band moving forward.

They are capable of swinging on both the death metal and thrash sides of the fence without too much difficulty, and because of it, there’s a lot of real ‘bangers’ that open up the album. “Ravenous” will instantly get your head moving with its slick grooves and energetic tempo. There’s some real stomp to the track, and it’s a nice switch-up from the more thrash-oriented “Hollow Words” that precedes it. Said track does showcase some faster tempos as well as the band’s inclination towards both technical sections as well as some melodic injections. “Dissolution” flexes a more death metal burliness in terms of its riffage, as well as some lower vocals from Espen Dagenborg. But there also lies a little twist, as the band drops into a quiet, jazzy break before hurling back into frantic death metal. “Pale Tongue” brings with it the biggest shocker though, with some clean female vocals and lighter atmosphere breaking through the otherwise frenetic extreme metal attack. Likewise, there’s a larger element of this ‘laid-back’ atmosphere on the closer “Swan Song,” with playful melodies that seem fruitful if the band decides to pursue it further in the future.

Depravity offers a lot of ideas from the young act, and while some feel a bit underutilized, it’s quite a promising start. There’s some straight up heaviness and brutality, tech offerings and melodic atmopsheres, and enjoyable groove. If the band digs down further into these aspects next time, it should give them some even stronger results.