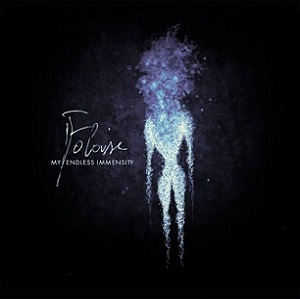 Based on their sophomore foray My Endless Immensity, our opinion of Italian black metal outfit Falaise remains unchanged. They are, after all, perhaps the second-best shoegaze-infused black metal outfit going at the time, right behind An Autumn for Crippled Children. And take what you will from the “blackgaze” column; it’s not going anywhere, even as Deafheaven attempts to popularize it while Ghost Bath tries to make the whole sub-sub-genre look bad. As they say, the cream rises to the top. Falaise have successfully matched their rather excellent As Time Goes By debut, turning in an album that similarly pushes the band ahead while retaining the qualities that got them to the dance in the first place.

The suicidal winds that blew through As Time Goes By have been lessened, replaced by a brighter melodic pallete. While Falaise isn’t playing “sunny-day” black metal, they have increased their harmonic scope, as evidenced by lead cut “The Embrace of Water.” On “You Towards Me,” Falaise (who consist of Lorenzo Pompili on guitars/bass and Matteo Guarnello on vocals, drums and keys) manage to string together not only a throttling, ultra-extreme blast section, they manage to throw the song back off, and into course with diabolical thrash riffing that is topped off by a pristine piano melody. Hard to draw it up any better than that.

As the title suggests, “Dreariness” holds up the depressive angle that instantly gave the band BM stret cred, while the jangly, indie rock-inspired “Sweltering City” is rather emblematic of the blackgaze sound as a whole, full of dreamy melodies. A cover of Amesoeurs’ “Les ruches malades” rounds out the set.

We’ll eschew talk of the sophomore slump and get to the heart of the matter: Falaise may not be re-writing the black metal rulebook, but they certainly are trekking along their own path with My Endless Immensity. Black metal has become bendable and flexible. It takes a smart, savvy band like Falaise to continue to expand the sound properly. 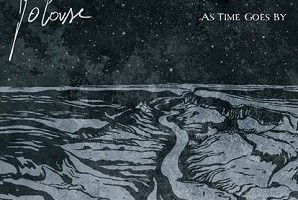