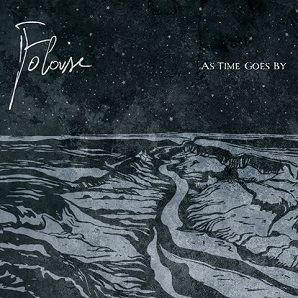 It is with utmost confidence we can say An Autumn for Crippled Children are the preeminent “blackgaze” metal band. For a variety of reasons, Deafheaven and certainly not Ghost Bath can hold AAFCC’s jock, but Italy’s Falaise can. The product of two men: Lorenzo Pompili (all instruments) and Matteo Guarnello (vocals), Falaise are just over a year old, having got their start in 2015. And instead of releasing a series of demos and/or EPs, the band opted to release a full-length Falaise independently last year, only to have it picked up for proper release by Aeternitas Tenebrarum Musicae Fundamentum, otherwise known as ATMF.

The core elements of Falaise’s sound ring familiar: Harsh, if not shrieked vocals, an endless cascade of hazy, sub-black metal riffs, and per the usual, a deluge of heightened, highly memorable melodies. True to form, if a blackgaze band can’t hold its weight in the melodic department, then they’re not going to cut it. Across As Time Goes By, Pompili manages to reel of a handful of utterly brilliant passages of the depressive kind. On “Lost Moments,” he carefully places a somber clean guitar melody in between a barrage of cacophony. “No Destination” is a turbulent spell of blinding BM elements and lovely keyboard layering; same goes for the album’s title track, perhaps the album’s most wistful number.

Unafraid to pepper in Goth-like keyboards (see: “The Lump in My Throat”) or close the album out with a surprisingly Summonling-esque number (“Nocturne”), Falaise prove to be capable beyond the relatively short span of their career to this point. As Time Goes By is simply charming and suffocating at the same time, which is the sign of depressive blackgaze done right. 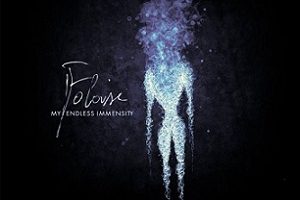