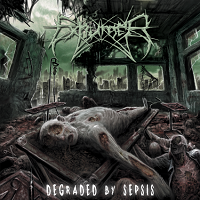 It might be DR’s secret wish that specific segments of brutal death metal take the punk approach: In and out, no thought, just do it and have a nice day. Music that is this extreme and aurally unfriendly is best consumed in small doses, not large gulps. The large base that exists for this style hasn’t quite warmed up to this idea, but Italy’s Exhumer have. Their Degraded by Sepsis sophomore outing takes up a grand total of 25 minutes, thus ensuring those inhuman gurgles and Cannibal blasts have a lasting effect. And they do.

The first album from the band since 2008’s Bloodcurdling Tool of Digestion, Degraded By Sepsis engages in limitless (and impossible) brutality. (Well, not “impossible,” we just felt like making a Kreator reference.) Generally, the guitars and drums snap-on together, with a deadly palm-mute attack leading the way on “Vapours of Cadaveric Mucilage,” while syncopated blasts and squeals give “Enzimas Podridas” a necessary shove in the back.

Scattered within the running order are a pair of interludes (“Misery” and “Scent of Decomposition”), both of which cement the above notion that Exhumer has a deft degree of listener awareness. Brutal death metal of this technical and horrid fashion generally doesn’t hold up very well after 30 minutes, but Degraded by Sepsis passes the litmus test with ease. 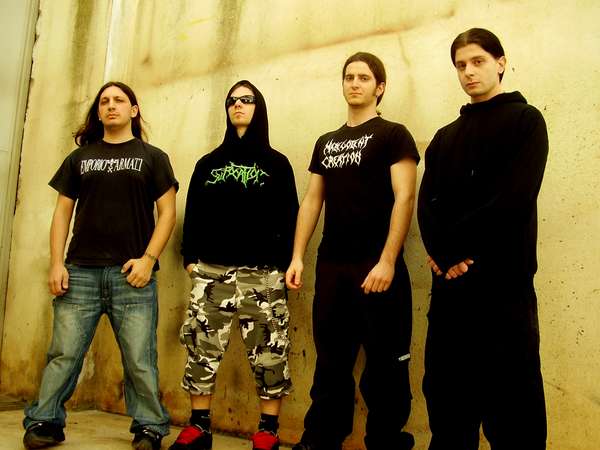