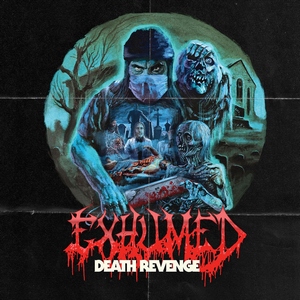 Has it really been four years since we got a genuinely new slab of death metal from Exhumed? 2013’s Necrocracy was possibly the band’s best work to date and raised the bar to a new level for the act. Death Revenge sees the band continuing the inspiration into an area that makes total sense for the gore fiends – a conceptual release that taps into ‘70s/’80s horror vibes to tell a true story about murder and grave robbery in 1820s Scotland.

Everything from the lovingly old school horror-esque cover to the additions of some John Carpenter-inspired synths and strings (starting with the compelling “Death Revenge Overture”) help to make this feel like more than the average Exhumed release. In addition to those elements, there’s a bounty of hooks and catchy riffs to latch onto from the start. Surely the band hasn’t really steered outside the normal Carcass-y waters, but driving riffs in “Defenders of the Grave” and “Incarnadined Hands” sound quite inspired and practically leap out at the listener. Other cuts like “Night Work” bring some massive groove while “A Funeral Party” hits the gas pedal to the floor while not forgetting a hook or two. One of the biggest surprises on the album has to be that of “The Anatomy Act of 1832,” a 7.5-minute instrumental that builds up from eerie synths to shredding solos and assaulting tempos before settling into more melodic territory. Of course, there’s still plenty of more traditional Exhumed fare to be consumed. “Dead End” and the title track hit all the aspects of the buzzsaw-ridden band’s gory and glorious approach to death metal in ways that are rooted in tradition without sounding stale.

Exhumed deliver a conceptual album that falls in line with what you’d expect from the veteran act yet pleasantly surprises in the melodic realm. The album concept truly meshes with the band, and provides an outlet for them to further test some waters that may provide even more fruitful in the future. 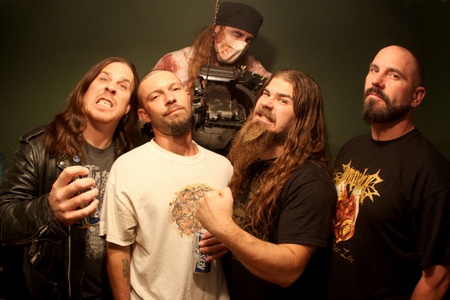 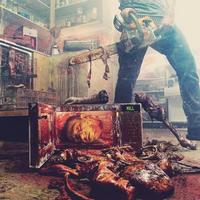