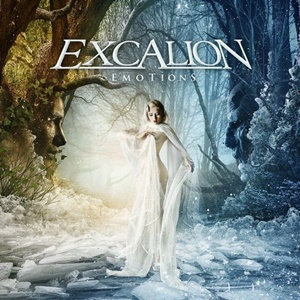 Wasting no time to follow-up their last album from 2017 Dream Alive, Excalion want to make up for lost time after significant lineup changes stalled studio work for a few years. Emotions contains the same players, and naturally listeners should expect solid melodic power metal mechanics where the keyboards and guitars form this push and pull propulsion against the majestic melodies and energetic tempos/ rhythms. Given the band’s natural Finnish heritage, it’s fair to say that these nine songs (plus a tenth bonus track) circle a similar plane as Stratovarius as far as neoclassical syncopation activities, but there’s also a strong affinity for 70’s/80’s artists like Dio, Rainbow, and Europe once again to ensure a proper quotient of metal is met.

Heavier/crunchier strains of an attack mode tradeoff with a fierce mid-range vocal presence during the verses of “Lost Control” – probably one of the more aggressive offerings for the band to date, opening up lots of musical interplay between keyboardist Jarmo Myllyvirta and guitarist Aleksi Hirvonen. Diversity remains important for maintaining cohesion over the course of any metal album – and Excalion understand how to set different moods as a more dramatic offering like “Solitude” showcases some tender melodies from Marcus Lang in the verses with acoustic to progressive electric transformations as he rises and falls in register at the appropriate times. Bassist Onni Hirvonen lays down a thunderous “Kiss of Judas”-esque foundation for “The Golden Horde”, a song that definitely has the most characteristics similar to classic Stratovarius down to the double kick accents and Marcus’ choice of falsetto notes during the chorus. Ending the main record with the longest track “Callsigns” at almost eight-minutes, it’s another progressive mood shifter, starting off quiet and picking up the pace with various keyboard pitch bends and emotive guitar passages to increase tension while gathering momentum to include some choir/folk accents towards its conclusion. This scribe is unsure as to why “Deep Water” is the bonus song – as it’s quite the power metal number, featuring again that neoclassical / shred syncopation and double bass speed fans of this genre treasure.

Emotions contains all the expected power metal tricks and melodies/hooks one could ask for, allowing Excalion to remain on solid ground with its followers. And if you are burnt out on the modern rock/Queen-esque leanings of Sonata Arctica as of late, this could be a band that leans more towards your expectations. 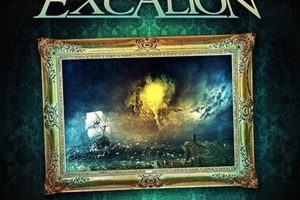