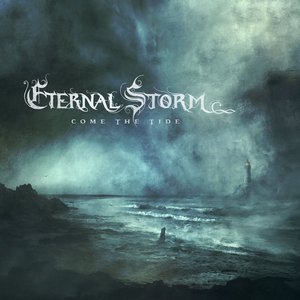 It feels like it’s been forever since we’ve had any new music from Eternal Storm. After an impressive EP and solo track one year later, there had been about five years of silence until the announcement of Come the Tide. But as it sometimes happens with the old adage of good things coming to those who wait, Come the Tide sits as an example of the thoroughness and commitment of Eternal Storm to releasing something that will leave a lasting impression on the listener.

For what is only their debut full-length, Eternal Storm come off as having a great deal of insight as to how the melodic death metal genre works (and what doesn’t). They attack things from the gloomy side of the genre, but also don’t forget that the word ‘death’ sits in there as well. Just as the title implies, there’s a lot of ebb and flow to each one of the songs within. Soaring and triumphant highs come at just the right spot, piggybacking on the work of the more retrospective and somber moments as well as some of the more visceral and blast-beat driven. Outside of a short interlude, all of the tracks span the seven to eleven minute range and it’s to the band’s advantage that there’s nary a second of filler. Instead the thing that really stands out the most about the album is just how consistently pleasing and potent the melodies are. With the aforementioned balance and dynamics at hand, they can flip things on a dime on a track like “The Scarlet Lake,” moving from some heavier rhythms with more authentic death metal aesthetics and swing into something more melancholic and melody-driven effortlessly. All the while, keeping said melodies at the forefront – there’s always something waiting to sweep you off your feet. Best part is that it’s done without the perpetual use of clean vocals to do the heavy lifting. The ones here are used sparingly and with complete purpose, and leave the brunt of the catchiness to the instruments themselves.

Come the Tide shines as a melodic death metal record that plays by the rules while keeping the listener thoroughly captivated. The melodies are some of the strongest and most consistent to be heard this year to date, regardless of genre. Let that alone sit as a reason to seek this one out.