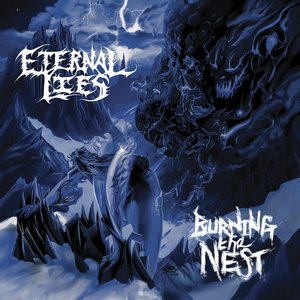 Talk about tapping directly from the Gothenburg vein, Eternal Lies has the quintessence of it in their sound circa 2018. Of course, it helps that they initially formed in Sweden back in 1998. Their first album, 2002’s Spiritual Deception, worked then as a throwback to the early days of Swedish melodic death metal glory. The band all but disappeared, reforming recently (with original members intact), and 16-years later we have the follow-up to said album. But can lightning strike twice?

With a lack of genuine old school Gothenburg-inspired melodic death metal, Eternal Lies deliver an experience that feels like it was taken directly from the early ‘90s. Frantic, blazing riffs are at the heart of the experience, a distinctly At the Gates-inspired romp, with leans much further towards death and thrash at its core. To the point that it sometimes could use the claim as being brutal, with tracks like “Transient Perfection” using some throttling speed, complete with blastbeats, corrosive screams, and spiraling riffs. But somehow the melodies remain, sometimes nestled into the heavier moments but present to keep you coming back for more. They aren’t the ‘happy’ variety either, instead offering a darker tone or more melancholic one (think of their compatriots in the rather underrated Eucharist). With the throwback sound in mind, Burning the Nest sounds quite ‘90s in tone. It does sound like it could have been made back in those days, but it’s quite a fitting production.

With a number of the underrated melodeath acts hitting the ground and running this year, add Eternal Lies to the welcome back list (which includes Night in Gales and Fragments of Unbecoming for those keeping score). Their energetic and punishing form is just as exciting as it was a generation ago – Burning the Nest is a solid recommendation for those seeking melodic death metal that sits comfortably at the scorching end of the genre.