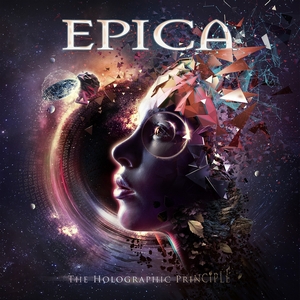 If there’s a band in metal that fully embraces the “more is more” philosophy, it’s Epica. Taking their last few albums in tow up to The Holographic Principle, it seems the band has focused on how they can make things bigger and stronger. Using more varied influences and adding in more dynamics. Even the lengths of their albums move according to this notion, with The Holographic Principle clocking in with a hefty 72-minute runtime.

But unlike most bands who choose to add in more to their sound, Epica have an incredible knack for precision and knowing how to make everything work within their framework sound. They have come to possess a sound that is distinctly theirs, and adding in the little flourishes here and there is what makes the tracks stand out over time. Whether it is the strings and violin that accompany Simone Simons’ soaring vocals that open up “Once Upon a Nightmare,” the use of Eastern melodies in the background of “A Phantasmic Parade,” or the thrashy riff barrage of “Divide and Conquer,” there’s a way that Epica weaves together influences to become stronger than their individual parts. Perhaps one of the strongest pieces of evidence comes from the penultimate track, “Tear Down Your Walls,” which goes from raging blastbeats and growls, to heightened symphonic melodies, to thrashing riffs and a serene ending you’ll find hard to get out of your head. Of course, it wouldn’t be an Epica album without an epic-ly long track, and “A Profound Understanding of Reality” fits the bill, taking advantage of the extended timeframe to utilize some strings and calm moments before the track takes off – plenty of aggressive riffing and growls, and one of the album’s strongest choruses round things out to end on a very high note.