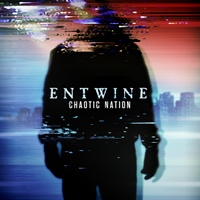 Emotive gothic metallers Entwine seemed to be on the same level as the rest of the early 2000’s (mostly Finnish) crew of fellow crooners To/Die/For, Charon, and Sentenced (who stuck to a more admittedly metallic crunch than the others). The band seemed to finally getting some acclaim on their own accord with Fatal Design and Painstained, which saw an added heft in the guitar department compared to say, Time of Despair or DiEversity. But after 2009’s Painstained, the band all but disappeared.

Chaotic Nation marks the return of Entwine, and truthfully, not much has changed. Those who dug the heavier side to the goth-rockers (read: their last two albums), will find plenty to enjoy. Opener “End of Silence” and single “Plastic World” are every bit as catchy and rockin’ as anything the band has put forth to date. Some cuts like “Saint of Sorrow” attempt to push things a bit further in the modern and ‘harder’ direction in the verses, but it’s an effective manipulation of Entwine’s formula. Other tracks try for a more arena rock approach, utilizing plenty of “woahs” and “ahhs” like the upbeat numbers “The Evil Lies in the Shadows” and “Scream.” But it was the album’s ‘ballad’ (so to speak) that had this scribe reminiscing back a decade to being introduced to the band with Time of Despair, with the beginning of the track focusing on Mika Tauriainen’s emotive vocals with acoustic guitars and keyboards.

Those looking for some goth metal should find themselves pleased to hear that Entwine is back. While there are no real surprises, it’s effectively done material that manages to avoid much of the ‘cheese’ factor that a number of peers enjoy diving into (read: To/Die/For and their need for cover tracks). Solid stuff for those who are bummed out and looking for something just a little more upbeat than the extreme metal genre can provide. 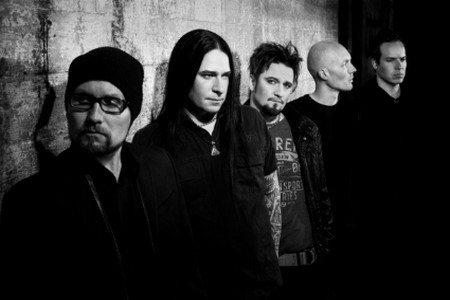