Germany’s veteran black metallers Endstille return for their eighth full-length album with Kapitulation 2013, a sharp collection of d-beat tinged, Scandinavian-style black metal, fast and pissed off, with no other-world atmospheres or occult mysteries to uncover.  Setting this album apart from its Nordic peers are mainly the thematic elements – less on Satanism and more on Germany’s own dark political history.

Album standout “Reich an Jugend” begins with what can only be presumed to be the Führer himself inspiring his brainwashed youth, and with the sounds of boots and brass, it paints quite a vivid picture.  From what this non-German speaker can put together, the title literally translates to “Rich in youth” but is possibly an allusion to the infamous Hitler Youth, or Hitlerjugend, while playing on the emotionally charged Reich.  Appropriately, the powerfully growled vocals of singer Zingultus are in German (the album flips between languages in a scattershot sort of way) and concludes with some old propagandist anthem, a likely guess being an anthem of the Hitlerjugend.  Potent stuff.

I’d be remiss not to voice my displeasure at the next song’s title “Sick Heil.”  Not that I take umbrage with sensitive subject matter…I do take offense to corny song titles (on a decidedly non-comedic album, of course).  It just smacks of low-rent shock value and unclever wordsmanship which seems better suited for some dumb band from the Sunset Strip.  But I doth protest too much, and this short song doesn’t suffer catastrophic damage from the blunder.  But does it need to be pointed out and made fun of?  Apparently so.

Clocking in under the 43 minute mark, this tastefully melodic and fierce album benefits from top-notch modern production and good performance and songwriting.  While not cracking my “best of 2013” list, it’s a good album of modernized second wave black metal from one of the world’s better bands.  Kapitulation 2013’s solid, no filler here. 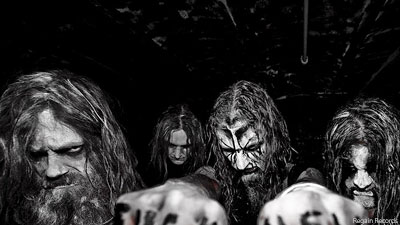 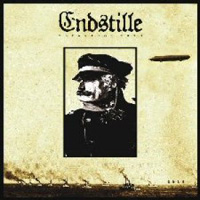 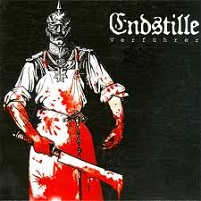