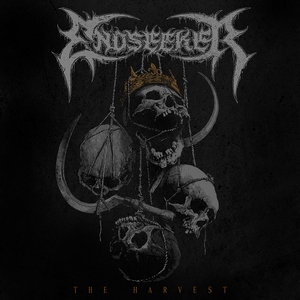 For all of the old school inspired death metal acts that pop up incessantly, one of the deciding factors is whether they nail the guitar tone. The HM-2 tone, when done correctly, is a beast in and of itself. It can make the copycats fun, and it can make those who take it a bit further reach the next plateau. Endseeker falls into the latter portion, with some Swedish metal by way of Germany excitement.

Endseeker, more than anything else, is a death metal version of a good time. Each one of the tracks just lines up riotous riffs by the dozen. Sure, it’s all directly inspired by the Entombed/Dismembers of the world but there’s so much glee in the riffing that it’s hard to really knock it. The guitar tone has all of the heft that the style requires, but the production brings the band up to speed instead of staying in the dark ages – giving the HM-2 buzz a modern crunch without losing its appeal. The melodies are used in good taste, never becoming too far into a melodeath direction, but delivering on some of the energetic death ‘n’ roll options that powered Wolverine Blues – though in a more pure death metal landscape. Bits of thrash influence spearhead some faster moments (“Spiritual Euphoria”) and give it some added drive without stealing too much of the showcase away from the groove. The vocals are what you’d expect, but they have that upfront potency and enough variation to keep you going. But as already mentioned, the real star here are the riffs. No matter the tempo, you can’t get through a single track without wanting to raise your fist in the air, headbang violently, and crank the music to max volume. The riffs are just plain fun – the kind of fun that can only be captured by thick, mammoth sized grooves, boisterous speed runs, and a knack for brutality.

The Harvest doesn’t go outside of the usual box, but it doesn’t need to either. Endseeker have the old school Swedish influences down to a tee, and implement them in a way that still feels incredibly energetic and passionate. Quite possibly the most fun bit of Swe-death you’ll hear this year. 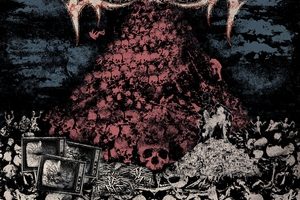