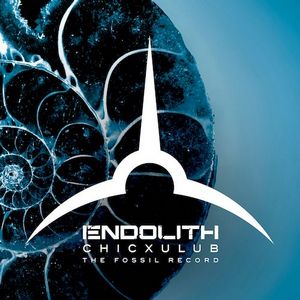 One of the biggest perks of writing is getting that release that knocks you flat on your back from out of nowhere every once in a while. Endolith are a progressive metal act from Norway with a 2016 release Voyager to their name, and Chicxulub (named after the Mexican impact crater where an asteroid/comet hit the Earth and wiped out the dinosaurs) as their second album, has all the makings of a band ready to explode upon the metal scene.

The first word that comes to mind with the sound of Endolith is ‘massive.’ Chicxulub is just damn heavy and groovy. There’s a bit of Meshuggah and Strapping Young Lad in their approach that gives the music this enormous/wall-of-sound feel to it, which thundering riffs that pound through the speakers. Suitable growls lead the way for the most part, but occasional melodies shift gears into something less abrasive yet still retain that larger than life feel. Clean vocals are used sparingly, and avoid follow the overplayed ‘verse/chorus’ pattern bands employ in every track. Despite the occasional melody, Chicxulub is a pretty dark record due to the often chaotic and angular riffing that gives you something to sink your teeth into. The sense of scale is no doubt augmented by the use of the Arctic Philharmonic Chamber Orchestra, which make the heaviness even more sinister in sound (the title track and “Ichthys” are both fantastic in this regard). The final track “Earth Died Screaming” (a cover of the Tom Waits song) takes a bit of a surprising left turn with spoken word vocals and an almost sludgy/bluesy approach, but totally works – leading this scribe to believe the band has even more potential still to be untapped in the future.

Hard to believe that Endolith haven’t been receiving a bigger push given the more unique vibes that exude from Chicxulub. Those in need of some downright heavy, progressively-minded material should easily latch right onto what the band is providing, with a combination of dark and heavy riffs with enough melody to keep the ears titillated, and an orchestral backing that delivers on a cinematic level. This is too good to stay hidden in depth of the underground.