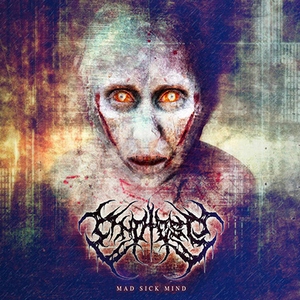 Being thoroughly entrenched in the extreme metal world, there are still some exceptions that slip through the cracks of Dead Rhetoric. Spain’s Endless have managed to release four full-length albums prior to Mad Sick Mind since 2013. An extensive, and rapidly growing discography, which means that their material and songwriting should be quite razor-sharp and focused at this point.

Turns out, that’s quite definitely the case when it comes to Mad Sick Mind. This is quite explosive death metal terrain, frequently operating at frantic speeds. Not that they don’t pull in some variation as they go, but the material often has the effect of attempting to knock your head backwards with their aggressive assault. The riffing is not over-the-top technical by today’s standards but it more than serves its role in attracting some attention and making sure that the speedfest isn’t one that the listener becomes completely numb to before the halfway point. There are some great melodies to be had, particularly the atmospheric ones, as heard on “Memories Cut Skin Deep” and “Convince Myself Again.” Being a two-piece, Darkyrie plays the vocalist role, and has some impressively deep growls that match well with some screams and other variations along the way. If there’s one thing that’s holding the band back from complete domination, it’s that of the drum programming. With a high-speed death metal act like this, the noticeably processed drumming (particularly in blastbeats) may cause some irritation to listeners. It’s not a complete hindrance, but when all other aspects hit such high marks, it’s a bit of a blemish.

A mighty two-piece that brings frenetic death metal that stays interesting, Endless are worthy of some attention with Mad Sick Mind. It’s brutal yet sometimes catchy, and sure to give fans a rush when they hear it. A full-time drummer or less blatantly programmed drums would easily bring them up to the next level.