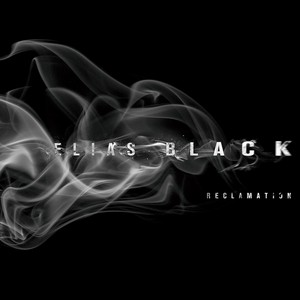 In early high school I found that the world of music was far larger than life up until that point had led me to believe. With the internet (dial-up as it was) I explored with abandon, new things would flow in and blow my mind (Murder City Devils, The Autumns, absurd number of others), I embraced things I later grew to hold a great deal of contempt for (ahem, Cold). That spirit of exploration (however it comes) continues to this day. Enter Reclamation, or a bittersweet indulgence.

The work of singer-songwriter and multi-instrumentalist Elias Black, Reclamation is my first introduction to the man and his work. Reclamation touts its raw, live-and-real aesthetic and on a whole, it works well, at least musically. Recorded by Steve Albini, sonically it’s a fantastic release, warm and full without feeling at all over produced (and I’m ever a sucker for upfront bass playing, here in spades). Musically falling somewhere in between Queens of the Stone Age (circa 2002) and the era just after the peak of grunge (without getting into the awful buttrock that remains today), the Reclamation really bounces when it wants to.

Unfortunately for yours truly the equally up front vocals is where Reclamation loses a lot of the good will engendered by its instrumentation. Whether by design or circumstance, the vocals often come across in a manner similar to the recently released Salt by Khôrada: this kind of grunty semi-singing that permeates throughout (see ‘Blood’ and ‘Hurt Is Power’). This is largely shared across both male vocalists, the female voice filling a more traditional role. For some an acquired taste, for others a reason to disengage completely.

When given room to breathe and flex in the unleashed live-band sound (like on ‘Parasite’, my particular highlight) Reclamation shines. But the shining moments aren’t as commonplace as they might otherwise be if the album were about ten minutes shorter than it is, though it does score higher due to ending on a righteous note in ‘Leaving’. Something unexpected, Reclamation is a refreshing indulgence even if I don’t always agree with it. The spirit of exploration remains alive!