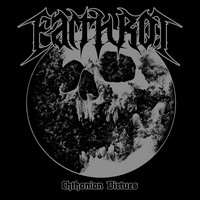 Cthulhu and the Cthonian cult are a bit over used in today’s heavy music vernacular. I think the desired effect of the word is to evoke images of other worldly Lovecraftian nightmares and half fish people populating the earth. For my money, it just makes me think more metal bands should pick another elder god to ape and give Cthulhu and the temple of Dagon a little break.

That aside, we move along to the newest e.p. from Australia’s Earth Rot. The band are self-described as a black/death metal band. One you get past opener “Breath Darkness”, it becomes clear a minute into the first real song “Chthonian Virtues”, the band is a competent HM-2 worshiping death metal band. The blackened feel comes from the macabre selections Earth Rot include in their music, which adds some interesting evil depth, ala Bloodbath/Facebreaker style.

These Aussies chainsaw thru a mix of melodic and brutal riffs which could have come off any early Entombed or Obituary album. There’s also some tasty lead work going on, notably at the end of “Martyrdom Unsealed”, which sounds like the giant tentacled one is being conjured from the depths via an infernal melody. The bass sound is also very pronounced and really cuts thru the mix to add to the overall heaviness of Chthonian Virtues. Vocally, its death metal, and vocalist/bassist Jared Bridgeman handles the tortured screams with dutiful morbidity.

Where Chthonian Virtues falters a bit is in its originality, which I can forgive, but if you’ve been listening to this style of death metal for any length of time, Earth Rot don’t offer much you haven’t heard. That said, if you’re looking for that old school brutal death metal fix, Earth Rot fit nicely in death metal’s putrid pile. 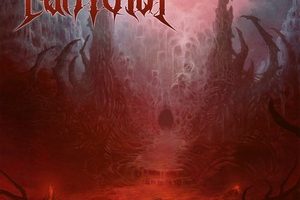