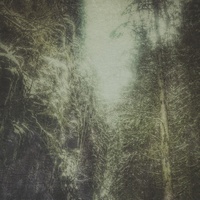 Earth and Pillars are an atmospheric black metal band out of Italy, and a look at their Metal Archives page shows they’ve began just last year, Earth I being their debut album. A trio consisting of bassist I, drum programmer F, and guitarist/vocalist/keyboardist Z (no additional clues were given as to their other possible endeavors), Earth and Pillars dropped this one in 2014, and it’s a fifty-two minute experience broken into four parts/songs, all named for different natural elements (“Earth”, “Rivers”, “Lakes” and “Tides”).

Woodsy, atmospheric black metal is in no short supply these days, and when it’s done well it can leave a deep impression and stoke metalheads ’round the globe (Wolves in the Throne Room, Winterfylleth, Agalloch and Drudkh being some of the heavy hitters). Unfortunately for Earth and Pillars, the impression made on Earth I consists of mostly a sense of relief upon the album’s close.

After a generally wasted five minutes of the atmospheric noise that makes up “Earth”, the band finally gets going with the seventeen minute “Rivers” – which is probably about fifteen minutes too long. A whirring and droning beehive of damp and melodic, monotonous notes make up the muddy guitar line, mushed against the background keyboards into a dense fog of murk. Pretty relentless quick-paced drumming plods along with some variation, doubles are a constant under either a 1-2-1-2 cadence or at half-time. One of the problems with the sound is that the blurry soundscape created would be improved with some vocal clarity in order to keep the mind’s eye focused. Instead, the vocals are so buried in the mix that they become part of the mud and merely a slightly audible afterthought against the oppressive and very non-dynamic music. The part that really drives home the album’s weakness is the monotony. If you want to rip your headphones off and throw them against the wall during the final five minutes of “Rivers”, you are not alone. “Lakes” is largely the same and there is some redemption on “Tides”, the best of the lot.

While there is definitely some good atmosphere created here, and bright spots, Earth I is, by and large, a laborious listen. 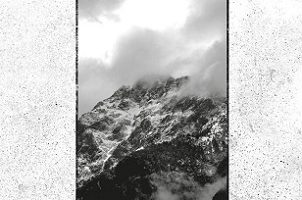