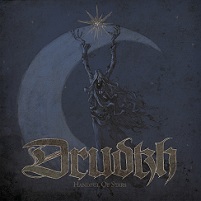 Perhaps best known for their unabashed Burzum worship, Ukrainian black metal ensemble Drudkh have made the next logical career step with Handful of Stars and in turn, have popped out one of the year’s most striking BM releases. Taking the word “stripped-down” to its farthest reaches, Drudkh revels in aural simplicity, with an album devoid of major distortion, but primed with a cascade of sonorous melodies, Agalloch-like chord movements, and an alluring atmosphere that is unlike any other we’ve heard this year, and that’s counting Lantlos’s unbeatable Neon.

By cutting out the hazy mass of guitars the band relied so heavily upon to appease the sonic aura of Varg Vikernes, Drudkh now enters the post black metal fray (whatever that is nowadays). If the jangly guitar sound does anything, it prompts songs like “Downfall of the Epoch” and album highlight “Towards the Light” to proves their worth through carefully-constructed chordal movements and a base minimum of three or so riffs per song. Plus, there’s no temptation here to kick the tempo into overdrive; Drudkh keeps matters at a tempered pace.

Album centrepiece “The Day Will Come” stretches into 10 minute-plus territory, putting on a virtual display of elongated, but interesting songwriting and caressing, shimmering chords. Might we also add that production here is crisp, warm, and not the slightest bit “necro,” so it could very well be the band is sincere about distancing themselves from all things Burzum. And who could blame them…

Considering how rapidly Burzum’s Belus fell off the radar and how inherently strong Handful of Stars is, there’s a clear and obvious choice as to which BM entity to gravitate toward, and it ain’t the former jailbird. Kudos to Season of Mist for digging into the vaults and re-releasing Drudkh’s back catalog. All it did was set the stage for something very grandiose, that of which is Handful of Stars. 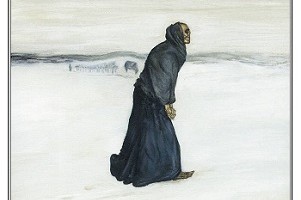 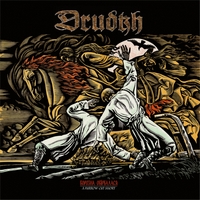