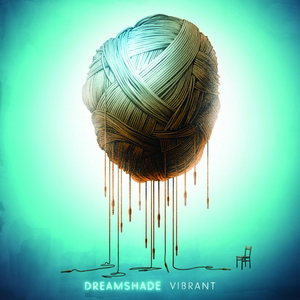 Much like In Flames, Dreamshade started things out as a melodic death metal band and have moved into more commercially-driven and poppy territory with each subsequent release. While Dreamshade only spent one album in the “melodic death zone” and didn’t have the impact of In Flames, they become an easy target to sling the “sell out” chants for the evolved changes. Vibrant is the act’s third album, and unlike In Flames’ last two albums, it uses the pop flavors as a strength.

With the band’s evolution, there’s no need or sense to critique and say, “Oh, just go back to what you did before, musically-speaking.” Vibrant plays off as a competent melodic metalcore album, with vocal hooks being equally important (particularly those sugary clean choruses) to the sometimes crunchy riffs, which share space with some modern electronic elements. Even the heavier moments still retain an un-abrasive edge that nonmetal fans can get behind without too much grumping. A poppy sense, both in the numerous clean vocals and electronics/synths, is hard to ignore – but the band embraces it and do grasp what it takes to write a solid hook. They take it a step too far with the cringeworthy, Linkin Park-esque “Don’t Wanna Go” (complete with awkward rapping) and the DJ scratching of “Sleep Alone,” but other tracks like “Losing Touch,” “It’s Over,” and even ballad-y “Another Me, Another You” show some skill within the catchy chorus structure, particularly if you are a fan of Howard Jones-era Killswitch Engage.

Ultimately the piece that drags Dreamshade down is how derivative some of the songs end up feeling in terms of their tone – melodic metalcore is all over the place (as is any other subgenre), and there’s not much done to differentiate from the pack. Most of the songs are catchy and do their purpose but there’s no reason to investigate this further with acts like Demon Hunter (or Killswitch) cranking out material like this. Dreamshade needs to find something unique to really get a leg up on the competition.