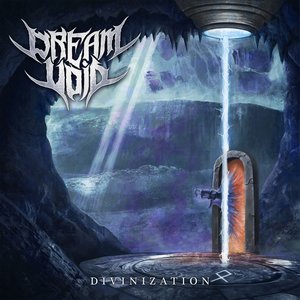 We’ve previously kept up to speed with tech-death enthusiasts Dream Void with their two EPs (Deceptive Dreamscape and Sanctimonious) released in 2016 and 2017 respectively, and Divinization is the recently released third helping. With 5 cuts of atmospheric tech-death to enjoy, this outing proves to be the band’s strongest EP to date.

What worked really well for Dream Void, particularly on their last EP, was the use of atmosphere. That Fallujah-esque floatiness that gave contrast to their otherwise frantic and heavy death metal attack. Divinization enhances the usage of these types of segments into the best possible places with some tight songwriting (the longest track here is 5:40). Closer “Permeation” has some completely fantastic elements of yearning atmosphere that is stuffed into the track, giving it a more solemn feel than an entirely visceral one. But when they want to bring the damage, they do so without holding back. From the opening track, “Believing the Lie,” you can hear an emphasis on speed, all the way down to the occasionally Archspire-y vocal arrangements as they really hit the accelerator. But even at some raging speeds, the guitarwork stays consistently high-quality, offering some dizzying thrills that will prove to be memorable once the album ends, and seamlessly integrate with the switch-ups to sorrow-fueled atmospheric sections. They band also pulled no punches to getting some quality guest vocals, with Ben Duerr (Shadow of Intent) and Michael Alvarez (Flub/Alterbeast) providing some varied growls and Allegaeon’s Riley McShane employing some effective clean vocals on “Immuration.” These aren’t just ploys for attention, but well-utilized guests that only add to each track.

There seems to be a serious step up on the behalf of Dream Void in the two years since Sanctimonious. Divinization is full of instrumentation that will impress tech death fans, while adding some urgent atmosphere that gives the listener some much-needed reprieve without mellowing out the entire performance. Impressive stuff.