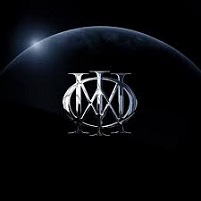 Now that some time has allowed the dust to settle from the fiasco that was the departure of Portnoy, a lot was riding curious as to how this new (and oddly self-titled) album would turn out. Mike Mangini involved from the start, two years mingling with a different breed of younger groups (namely Periphery), and a score of assorted digressions and side-stories that have gone into the making of this (…comparatively short) indulgence.

Throwaway introductory track aside (it is, but it’s whatever), there’s a focus here the band hasn’t shown in over a decade. It’s seething with melodicism and exploring the much warmer aspects of the ‘progressive’ side of the band. Lead-off single “The Enemy Inside” is on a whole the most metal exercise here, but one that surprisingly melds the intense forays of Train Of Thought with the hooky garnishes usually saved for the band’s ballads, and it works extremely well.

Once the listener moves beyond that it’s a new and long-sleeping side of the band that comes out in “The Looking Glass,” a luscious indulgence in soaring melodic highs and even prettier down-tempo sections (and Petrucci’s solo here is straight 1995). Instrumental “The Enigma Machine” is a lot of what you would expect with solo trade-offs and serpentine rhythms galore (and it actually works quite well).

The biggest question coming into this album is how Mike Mangini would actually come across when involved with song-writing from the start. To that end, those expecting a Portnoy II will continue to be disappointed/justified. He plays much less in the spotlight and much more as a monstrous web that beautifully holds the band together. Not to say he doesn’t slay when placed in a spotlight (monster-closer “Illumination Theory” and the aforementioned instrumental) but in a pattern the whole band observes this time around, there’s been a decidedly large focus on songs and less on endless streams of wankery.

Everything gels exceedingly well for this reason. Personal album highlight “Surrender to Reason” is like most things here, weighing in under 7 minutes and bringing a decidedly group-focused performance from everyone involved. If this is what Mangini brings to the table, then I am gleeful to welcome him, trading the metal posturing and harsh vocal asides for high-born melodicisms and loving focus. This is a band born anew, not a bad place to be when approaching the ol’ 30th.