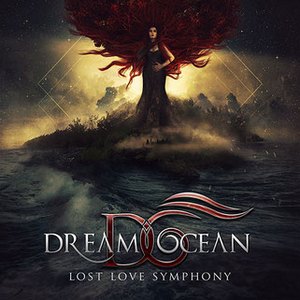 If there’s one label that has continued to pop up on this scribe’s radar over the past year with reference to symphonic/melodic metal, it’s Painted Bass Records. With a roster of up-and-comers like End of the Dream, Shadowrise, Aeranea, and Beyond God, there should be plenty of eyes focusing on each new band that enters the fold. Latest in line is the Turkish/German act Dream Ocean, who offers an equally enjoyable debut with Lost Love Symphony.

Taking the tried-and-true symphonic metal formula, Dream Ocean do show that they have some tricks up their sleeve when it comes to presentation. Combining the classical elements (such as mezzo-soprano vocalist Başak Ylva) with a crunchy, power metal foundation, the synths are laid into the mix in an occasionally bombastic, yet never dominating tone. Those who appreciate the heavier end of this genre are sure to get some enjoyment as soon as the lead-off “Beyond the Greed” begins rumbling through the speakers with a visceral edge that’s almost reminiscent of melodic death metal. Later cuts like “Wolfheart” and “Never Enough” (which features Epica’s Mark Jansen lending a few growls) solidify the idea that the band can hit a distinct balance between modern heaviness with more traditional symphonic appeal. Swerving into more melodic territory, “Hain” and addictive “Everstorm” show the band as being able to really deliver the immediately catchy goods with a format that is layered enough for repeated listens.

Başak Ylva does play a major impact in lifting the material past some of the band’s contemporaries. Often, when a more classical sounding voice is employed, it fails to register as effectively on an emotional level. But that’s never the case for Ylva, who can take the more melodic numbers like “Divine Light” and thoroughly operatic piece “Song to the Aurora” and push a more touching side to the material. But perhaps the most riveting display of her talent is “Forever,” in which she has a soaring duet with Jake E (CyHra/ex-Amaranthe). The pair really lock in the perfect balance of power and emotional resonance.

At almost 65-minutes in length, there’s always the challenge of keeping the listener engaged from start to finish. But Dream Ocean has plenty to say on their debut, with the 10-minute “Island of Dreams” bringing the album to a close with an engaging build up that leads to a thoroughly satisfying conclusion that seems to sum up exactly what the band is about. Be it gentle numbers, more modern and heavy approaches, or a nice, well-rounded blend of both, Lost Love Symphony is a breath-taking first step for Dream Ocean that genre-fans should find no trouble embracing.