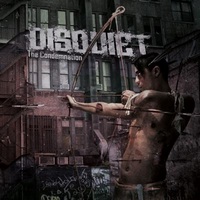 Guitarists Fabian Verweij and Menno Ruijzendaal (twist those last names around your tongue ten times fast) inject an addictive axe tone while crushing a la At The Gates meets Michael Amott during his early Stigmata mastery for AE – “Born to Dissent” and “From Essence Deprived” prime time winners. The barking ferocity from Sean Maia vocally see-saws between European melodic death and latter day Chuck Billy (The Gathering forward) – working effectively even when a song contains more staccato-laden metalcore elements for “Fist of Persistence”. Mixing up standard four to five-minute fare with the occasional longer arrangement, a lot of the parts possess an air of continuous gut thrusts or head kicking duality, militant and catchy yet not grasping for obvious commercial measures.

A lot of the lead work stays in that smart/logical register, exuding occasional flashes of neoclassical/shred ability but always conducive to the needs of a particular song. My guess is Fabian appreciates not only the work of Michael Amott and Alex Skolnick, but the precursors such as Blackmore, Schenker, and others of that NWOBHM school – injecting plenty of harmony tricks throughout “Las ‘Pasi” and the 7:13 brain battering closer “Bred to Fail”. Slinging arrows like the cover art, Disquiet offer a sound that can adequately appeal to a good cross-section of the underground and average thrash fanatic – heavy and dynamic front to back.

The Condemnation elevates the melodic thrash genre and probably will find a safe spot in record collections who miss Johan Liiva-led AE or late 90’s/current Testament and Heathen platters.