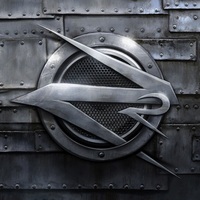 The return of Ziltoid has been a long time coming. Ziltoid marked a sea change for Townsend, who in 2007, was trying to distance himself from Strapping Young Lad and the music industry as a whole. 5 DTP releases since then (not to mention this year’s fantastic Casualties of Cool project), is the coffee-loving alien still relevant? Absolutely!

Disc one, Sky Blue, falls right in line with 2012’s Epicloud with a dash more melancholy (a la Ocean Machine). Clocking in at an hour, there’s a bit of variation in the presented tracks, perhaps more than you might expect. You have the almost “dance-able” songs such as “Silent Militia” and “Universal Flame,” some heavier numbers in “Rejoice” and “Fallout,” and more introspective tracks like “Rain City,” “Midnight Sun,” and “Forever.” The album steadily gains traction and brings the big finish with the epic chorus of “Before We Die” (which utilizes the Universal Choir) before slowly drifting off with the somber “The Ones Who Love.” Once again, Townsend’s partnership with Anneke van Giersbergen brings forth plenty of riches, particularly her performance on “Warrior,” one of the album’s finest moments. But even when she provides some simple backing and nuance, such as on “A New Reign,” the results are spectacular. Of the two albums, Sky Blue is definitely the grower, but stands firmly as some of the best DTP material released to this point.

Now we get to the main event, Dark Matters. If Sky Blue was subdued and pensive, then Dark Matters is completely and thoroughly over the top. Some may be surprised (and some have voiced their complaints) about the amount of dialogue and story that is presented, but this is meant to be a puppet show after all, and fans of Z1 will undoubtedly get a case of the giggles throughout (there are a number of references to the first album). Devin Townsend has always kept a sense of humor in his work, but Dark Matters uses it to it’s full potential. It’s silly, nerdy, and amusingly full of sci-fi clichés, which add to the album’s charm. Townsend is also joined by Chris Jericho (Fozzy) and Dominique Lenore Persi (Stolen Babies), who voice Captain Spectacular and the War Princess, which flesh out the characters a bit.

Dark Matters also sees a return to some heavier moments as well, with “Ziltoidian Empire,” “Ziltoid Goes Home,” and “Deathray” sure to satisfy those who miss Townsend’s more metallic side. Despite the emphasis on dialogue and story, many of the tracks stand out (particularly if you invest in the 3-disc version, which features a dialogue-free Dark Matters). The chanted choir of “Dimension Z,” the space-y melodies of “Earth,” wall of sound approach to “Ziltoid Goes Home,” as well as the “bore a hole in your skull” infectiousness of the chorus of “March of the Poozers” should all really hammer home the point that the musical composition of album has not been lost. All in all, Dark Matters is an engaging intergalactic tale of aliens and coffee that will bring you in for the laughs but you’ll stay for the music behind it.

Z2 is a no-brainer for Devin Townsend fans. Once again proving that more Townsend is better than less, Sky Blue and Dark Matters work in tandem to showcase the many sides of one of metal’s most prolific and creative figures. From pensive to fun, from introspective to explosive, Z2 is one of the most enjoyable albums you’ll hear in 2014.