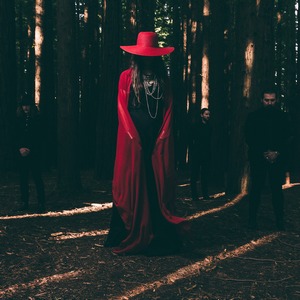 Last year’s The Gods Below EP showed that this Australian stoner/doom act had some potential as they continued to grow. It wasn’t long after they released their EP that they were already signed to a label. Impressive stuff for sure, particularly in today’s metal world. So one year later, we’re listening to their self-titled debut, and it holds up nicely to the glimmer of potential in the EP.

There’s lots of bands in this particular field, thinking that all they need to do is fuzz-out their guitars and lay down some groove, and success is bound to come their way. It plays off the retro movement that is more or less all the rage, but Devil Electric don’t prescribe to that particular notion. Sure, Devil Electric is loaded with slow, fuzzy guitar riffs that rumble and tremble in the best doomy sense. They’ve got some catchy guitar melodies and solos that will eventually make their way into your head and take up residence (see “Acidic Fire”). But their sound never feels “dated” in the same way that other bands do. The short runtime also makes it zip right by, with tracks that vary in length between 2-5 minutes, it’s clear they don’t want to force something to be needlessly long, nor conform to a certain setting/style. But the best asset they have going for them to separate them from the herd is vocalist Pierina O’Brien. Her Janis Joplin-ish vocals provide a more interesting contrast to the music – powerful, varied, and compelling. The two sides to this equation turn out to fit pretty well, with O’Brien providing some strong and mysterious vocals over some thick, dark riffing in a way that should catch even more attention.

Those who enjoy those stoner/doom metal sounds should likely have found a new favorite with Devil Electric. A fresh twist on the tried-and-true formula, well put together songs, and dark offerings await those who care to investigate further.