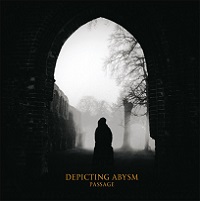 Hailing from St. Petersburg, Russia, Depicting Abysm employ the tag of “depressive, atmospheric black metal.” The band (comprised of two gents under the simple names of A. and K.), have been functional since 2013, with a few singles and splits to their name. Passage happens to be their second full-length outing, following up 2013’s Immersion, and is every bit the stab in the never-ending darkness of slow-build, mournful black metal.

Seemingly down with the standard, sub, but not basement production job, the five songs that comprise of Passage are largely of the mid-tempo variety. The band is almost is too focused on the winding, weaving, speed-picked guitar lines that would be high-velocity if the drums ever got out of first gear. Thus, there’s an instant blend of each song; there’s little difference between the deep-dives on opener “Shelter” and subsequent “Shadow,” although on “Shadow,” some spoken-word vocals make an appearance. On “Disbelief,” Depicting Abysm is able to make some headway, sounding like a grey cross between classic Shining and Drudkh, just without the folk leanings.

The introduction of violins on “Gathering” also helps Depicting Abysm’s cause, but, like its surrounding numbers, it ends up wading into some lukewarm, shallow waters, where its non-mesmeric tempos fail to do the trick. And that’s probably what the band was going for: lull the listener into some kind of hypnotic state while average, uninteresting guitar melodies float about in the context of slo-mo black metal. Again, not something anyone would normally shy away from, but someone needs to light a fire under the collective you-know-what of Depicting Abysm. These guys make watching grass grow seem exciting. 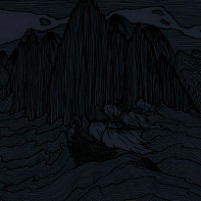