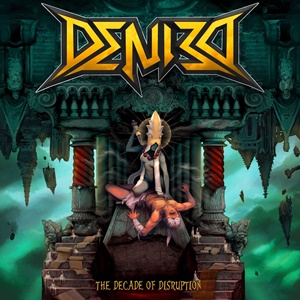 Changes have been afoot in the Denied camp since their last release from 2018 Freedom of Speech – which was well-received by this scribe for its heavy, melodic meets power/thrash tendencies a la Primal Fear and Mystic Prophecy. Losing your singer through that recording process means securing a new one would be of primary importance for the follow-up – and the band brought Søren Adamsen into the fold, a seasoned Dane best known for his time in Artillery on the When Death Comes and My Blood albums. The Decade of Disruption continues the diverse songwriting that remains melodic, catchy, and sharp while being power anthem driven to probably appease most of the ardent classic hard rock or traditional heavy metal followers globally.

Rolling out a crunchy starter in “Throwing Bones” that features nifty double bass /groove transitions plus thick, headbanging rhythms, the band wastes no time allowing Søren to literally soar to the heavens in spots – sinister with some Rob Halford meets Sebastian Bach-like shrieks against his normal biting melodic comfort zone. Distorted clean effects for guitars plus a thick bass underpinning set up the slower, seductive “Enter the Wolf”, Andreas Carlsson and Chris Vowden wielding killer axe harmonies and crushing rhythms that march with a purpose. When you want a bit more of the melodic hard rock/arena size hooks and choruses that charge up crowds, look no further than “Hey Lets Go” and “We Play Rock N Roll” – the latter featuring some bottleneck/slide guitar and pumping organ action. Choosing to end the record on a longer note with the 8:33 “Undergang” that showcases more of their Dio-era Sabbath meets Candlemass-like heaviness and extended wah-wah lead break propensities, Denied understand the need to provide ample dynamics at varying tempos while remaining focused in their European-style heavy/power attack.

Considering the band also gained a new rhythm section between records, Denied keeps the quality songwriting and performances at a similar if not slightly improved status as the previous album. The Decade of Disruption is one of those bang your head, scream out the chorus heavy metal records – good times to be had, and sure to whisk you away to a much more pleasurable day. 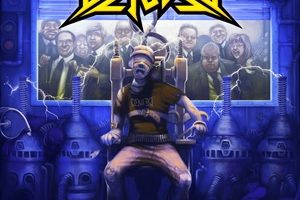