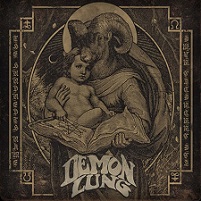 On their debut The Hundredth Name, Demon Lung start off very slowly. They like to take their time, pulling you in and letting the music just simmer. On the opening track “Binding of the Witch,” it takes more than three minutes before you ever hear a drum beat, and almost six minutes before Shanda Frederick’s vocals finally take a hold of your ear drums. To build hype in the darkness before a concert, this would be a great opening song just in setting the mood, but it quickly becomes dis-commodious as it breaks through to the meat of it.

When you finally get to the end of the first track, it flows together so seamlessly into the second, you’re not even completely convinced it ever changed songs in the first place. It’s chuggy doom metal that deserves a listen all the way through in one sitting. To listen to it in parts would be likened to seeing a painting in pieces. It still might not make sense once you see the big picture, but it definitely is hard to take in small doses.

“Eyes of Zamiel” and “A Decade Twice Over a Day” both stand out in their own ways. The ending of the former has drummer Jeremy Brenton leaving you wanting it to end as he slows the beat way down like a battery-operated toy running out of juice. Not in a bad way at all, you just don’t know how far he can stretch his beats. On the latter, Frederick’s lyrics leave your soul squealing at the drawn-out and repeated lines that just don’t seem to boom out of your speakers as well as some of the other filled-out tracks do.

Overall, if you’re looking for something new in the doom realm, this is it. If you’re used to the push and pull of the non-stop chugging sound, these guys are definitely worth checking out. But if you are one who is wanting to expand your musical horizons a little with this record, make sure you give them a fair shake. First impressions are always going to be there, and if you think it starts off a little harsh, stick with it as they do change it up enough throughout the album for it to be worth the listen. 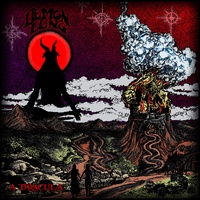