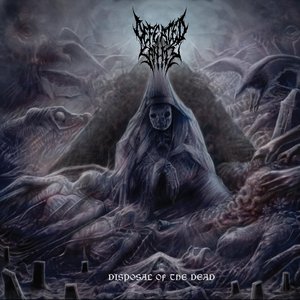 In today’s market, splits are pretty commonplace. A nice way to exposure one or both bands, given the scenario, and sometimes a cool collector’s piece. So it’s even more interesting when a band decides to make a split, with themselves. Such is the case of celebrated slam act Defeated Sanity, who felt it best to split an EP with themselves, with one half doing what they do best (slam-friendly brutal death metal) the other being an homage to the Floridian progressive death metal scene.

Disposal of the Dead appears first, skewing some of the technicality of their last release and plowing forward with ultra-brutal death metal that would satisfy fans of both Suffocation and Cryptopsy. The short runtime ensures that it absolutely pummels from beginning to end, and the level of filth on the guitars is worthy of some recognition. Finishing off with “The Bell,” it’s clear that the band are at their strongest in terms of writing riffs that devour the listener, yet somehow retain some memorable moments (some groovy slams too). There’s a reason many look to Defeated Sanity as one of the strongest bands in the brutal death category.

Dharmata takes the missing technicality from the first half of the album and gracefully injects it into the band’s performance with ease. As they described this half as a love-letter to the Floridian progressive death movement, there’s no denying the influence of Death on this (along with Atheist and Cynic). The sound is less gritty with this half, and the band even went so far as to employ a different vocalist in order to make it more fitting to the times. It’s some frantic and technically-crazed stuff, and it will take your breath away for different reasons (check out “The Quest for Non-Existence” if you are on the fence).

An interesting way to split up a band’s influences and move into new directions without getting anyone up in arms in the process. Disposal might be a bit stronger due to its complete savagery, but Dharmata will also bring along for one crazy technical trip that’s also worth taking. Splitting one’s personality never sounded so cool (or brutal). 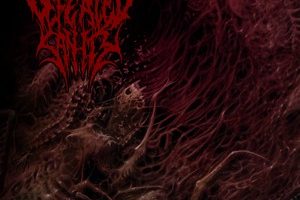 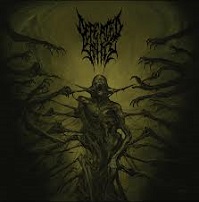