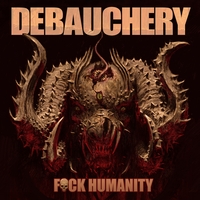 Sometimes it’s just strange how long a band can keep firing out albums and nothing really sticks over here in the States. Debauchery are the latest case in point, with Fuck Humanity being their ninth album since their inception back in 2000. Apparently a force to be reckoned with overseas (particularly in Germany), they just haven’t hit that same level over here. Strange to see way, as the old-school, simplistic approach to death metal championed by bands like Jungle Rot and Six Feet Under certainly has its place over here as well.

Debauchery take a groove-heavy approach to death metal that does take the bare bones approach. It’s not an ineffective approach, many a band has stuck with this formula to successes (see above). The band also takes some nods from Amon Amarth on some tracks, with “Kneel Before the Dragon God” being the most blatant example. Many of the riffs often hit their marks, with driving melodies sure to keep people intrigued from beginning to end. The problem is when they veer away from the riffs and try implementing a bit of humor. Many times, the roars of vocalist Mr. Debauchery switch off here into a strange, raspy spoken word or clean vocals (see “Ironclad Declaration of War” or the polarizing closer “To Hell”). Other times, the lyrical slant is borders on silly, resorting to repeated juvenile shouts of “Fuck Humanity” or “Fuck ’em all, kill ’em all” in the title track for example.

Humor can be successfully inserted into metal, but it does need to eased in. Debauchery seem intent on veering between the more serious aspects and some strange, off-beat humor (as well as the simplistic lyrical spin), and it’s hard to get behind and cheer the band even if the riffs tend to do a good job representing the style. 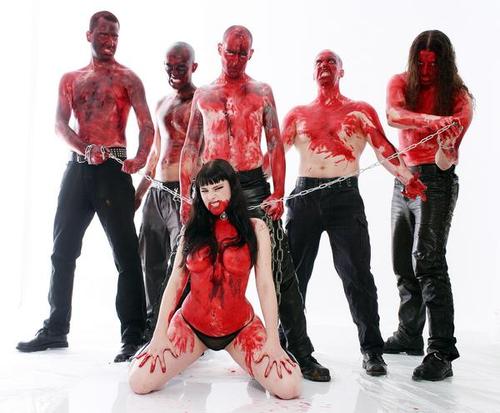 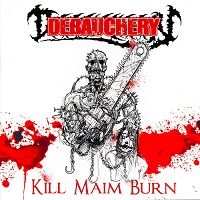