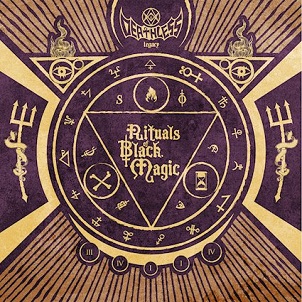 Give Deathless Legacy a tilt of the head and they’re like the Italian Cradle of Filth, just with a female singer and perhaps less thrash at the heart of it all. The drama, horror-flinging and symphonic elements are there, not to mention frequent output, with the Italians turning out their third album in as many years with Rituals of Black Magic. Naturally, it makes them a sort of “love it or hate it” band, although we’ll kick Rituals of Black Magic up a few pegs. It’s certainly superior to their previous outings.

Discussion on Deathless Legacy can’t really proceed without mention of vocalist Steva (real name: Eleonora Vaiana), who unlike Mr. Dani Filth, doesn’t possess any real annoying qualities. She can stay out of the way and also cut in when needed, providing her best vamping on “Vigor Mortis,” an utterly dramatic cut with Steva reeling off some excellent mid-range howls. Considering the often throttling, up-tempo and busy nature of Deathless Legacy’s tunes (lots of keyboards, riff pile-ons, transitions), it’s somewhat commendable she’s able to hang in the throes of it all.

And to that point, there’s just a lot to work through here, whether via the album’s concept about ancient black magic rituals (sure, sign us up) or the obvious fact Deathless Legacy are seemingly never out of ideas. But it all adds up to the band’s best album to date, the proper union of horror and metal, dressed up by an electric frontwoman, ace production and action-packed songs. It’s basically like you’re being escorted into a theater and Deathless Legacy is the main act. 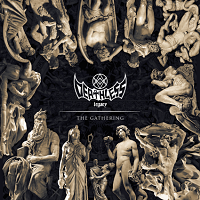