Splits are a fascinating proposition, the guerilla warfare aspect of an EP, but spread across multiple bands so that in the end the value can at times be enormous. In the case of indie/blackgaze purveyors Deafheaven and Bosse-De-Nage, the split platform allows both bands to focus all their latent strengths into very honed and refined pieces (each has one song). Coming fairly quick off releases from both groups (exceedingly so with BDN), this split makes for a startlingly high quality endeavor.

For Deafheaven there is no surprise in the song choice (a Mogwai cover) or its resulting quality. Consistent in theme and execution with last year’s Roads to Judah, surprise nevertheless emerges in how reserved the majority of the 10 and-a-half minute track is. “Punk Rock/Cody” drifts along, awash in waves of indulgent and shimmering guitar, the only ties to the band’s black metal identity coming across in the raspy (though buried) vocals. The blast-happy nature of the band is held back until the absolute last, the final minute a furious race into oblivion, a slow fade-out bringing everything to a stunning close. This throttled approach works exceedingly well for the band and is hopefully something they utilize again.

Bosse-De-Nage takes the cake, however, for biggest surprise. “Mimesis of Purpose” stands above not only the stellar Deafheaven track but also everything on their album from earlier this year, III. Strings make warm the introduction, but things quickly surge into a frantic and spastic body, bouncing from point to point in frenzied fashion. The afterburners really kick in when the fog-like horn section overtakes the back half of the song and it gives way to an outright sprint to another lengthy fade-out. It is, in short, thrilling.

Splits are sometimes a stop-gap way for bands to tide fans over or perhaps at their worse, a way to vomit out their D-grade material. Rarely though, you’ll get neither and instead get to see the bands involved explore their sounds in new and fantastic ways, often making it painful to have it only in a few songs. This last example is most assuredly the case here, each band unequivocally at the top of their game. While those who are loathe to accept the integration of the left-field and ‘artsy’ into their black metal will run screaming from this split, for the rest of us, there is ample magic to be had! 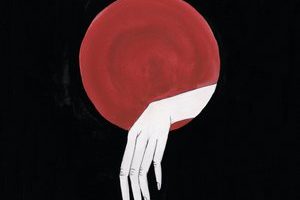 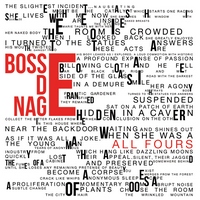