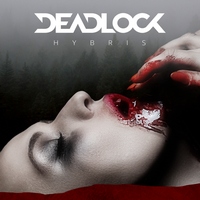 When thinking of bands that have had their ups and downs, Deadlock is one that immediately comes to mind. Ever since the introduction of Sabine Scherer (Weniger at that time) with Earth.Revolt, they’ve hits some soaring highs (Earth.Revolt, Bizarro World, Wolves) and some awkward lows (The Arsonist, Manifesto). With a number of line-up changes in recent years: screamer Johannes Prem left before The Arsonist, founder/drummer Tobias Graf passed away, and Sabine Scherer departed – the band wisely chose to offer fans some comfort food with Hybris.

Deadlock, always a band that changed things around and experimented (be it rapping or ramped-up electronics), decided to throw a curveball and stick to the usual formatting, for the most part at least. Hybris is Deadlock in their purest form, as they have evolved over the years at least – the beauty and beast vocals, churning modern melodeath riffing, with some electronic elements stitched into the mix. New vocalist Margie Gerlitz has some tough shoes to fill, but makes a strong first impression. Mostly sticking to a similar range/role as Scherer, she does belt out some higher notes in the somber “Ein Deutsches Requiem” (the closest the band comes to going out on their experimental limb, and a touching tribute to Tobias Graf) and proves to be more than capable of co-fronting the band. Just check out the chorus of the title track to hear her at her best. Growler John Gahlert has also grown in confidence from his first outing on The Arsonist, with much more authority and power in songs like “Berzerk” and “Welcome Deathrow.” A solid vocal front gives the band plenty of opportunity to fire off catchy melodic death/core riff-fests, such as the ripping start to “Backstory Wound” and “Blood Ghost.”

After all Deadlock has been through in the last few years, Hybris serves its purpose of showing that the band can persevere and release an album on par with some of their strongest works. It may not go out on a limb like some of their albums have, but it works in this regard and provides an album with flow and continuity from start to finish. They’ve proven they have what it takes to successfully survive – let’s see where they take it next time with the band now intact once more. 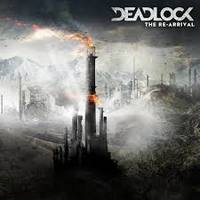