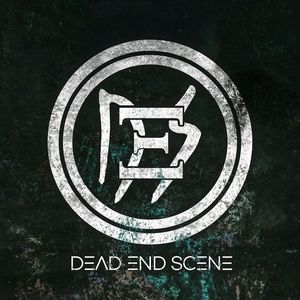 A relatively new act out of Helsinki, Finland, Dead End Scene has wasted no time in getting their name out there. They’ve tested the waters with two previous EPS already since their inception in 2014. Thus bringing us to their third EP, a self-titled effort that showcases a wide breadth of influences that culminate in a modern metal sound that’s more unique than you may expect.

Encapsulating a sound that embraces everything from gothic metal to melodic death to groove-based modern metal with keyboard/electronic elements to rock, Dead End Scene makes it hard to put a finger on an easily labeled direction. But they make it work for themselves and provide an experience that feels fresh, often with no shortage of catchy and flashy guitarwork (see “Dance in the Rain”). While there’s an upbeat nature to a song like “In Disguise,” there’s usually a coating of the Finnish gloom to accompany it (“Order in Chaos”). Elsewhere, they try their hand at heavier grooves (“This is the End”) and more soaring, epic combinations of synths and guitars (“Dawn”). With the expansive elements at play, the two factors that keep things cohesive are the aforementioned guitarwork, and the vocals. Almost entirely clean vocals are at hand, which provide a mix of grit, gloom, and the ability to enhance some soaring choruses as needed.

Taking qualities that should appeal to more modern fans and sprinkling them with the guitar heroics and occasional somber moments that give them more traditional support, Dead End Scene is a promising young act. With three EPs down, it seems they’ve locked into a sound that works for them and can only build more strength into it as they progress.