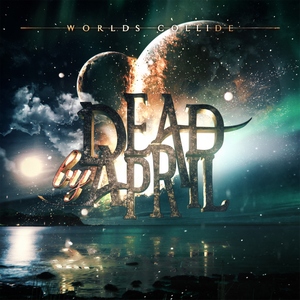 Love ‘em or loathe ‘em, Sweden’s Dead by April have dipped their toes in both metal and pop since their self-titled debut back in 2009. They’ve never been afraid of staying true to what they wanted to do with a record, even if they do rile up a portion of the metal scene. After some in-band turbulence, Worlds Collide sees a new drummer (Marcus Rosell) enter the band, and founder/guitarist Pontus Hjelm taking over the clean vocal position – effectively turning the band into a 4-piece.

Those familiar with the act will find Worlds Collide to be more or less business as usual. Heavy uses of electronics and synths alongside soaring/poppy choruses (with some clear studio augmentation) share equal time with metal(core) riffing and the screamed vocals of Christoffer Andersson. While Hjelm’s vocals fall in line with what one has come to expect from the band (he has been involved with backing cleans in the past), there’s slightly lower timber to them that some may find more palatable than previous singer Zandro Santiago. “Playing with Fire” and “Crying Over You” are the quintessential Dead by April, embracing modern metal for all it’s worth, while “Can You See the Red” sees them bring the guitars into slightly more aggressive territory. But not quite as aggressive (for the band at least) as the scream-only “This is My Life,” where Andersson bellows over electronic-soaked chugging and guitar melody. An effective change-up for the act near the end of the album. Not nearly as effective is the closer, “For Every Step,” where the band has guest vocalist Tommy Körberg sing the entire melodic track. With respect to Körberg’s powerful vocals, the uber-soft ballad does not bear much resemblance to the 10 tracks that precede it, making the track feel like they decided to let a different band toss a song on their album. “Perfect the Way You Are” seems the more logical conclusion to Worlds Collide, a ballad that stays more in line with the band’s sound.

Worlds Collide isn’t going to change anyone’s mind about Dead By April. The modern metal quadrant (Sonic Syndicate, Amaranthe) is sure to get some mileage out of it, as the band has stayed rather consistent in light of the numerous line-up changes they’ve endured over the years. If you can handle a high fructose level of sugar-y sweetness in your metal from time to time, it’s worth an investigation. 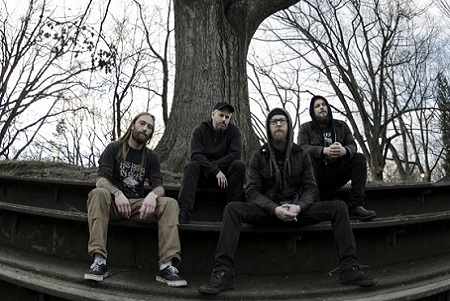