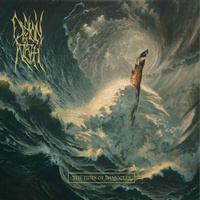 Long-running New Zealanders Dawn of Azazel all but disappeared after their aptly-titled third album, Relentless. Now resurfacing six years later with The Tides of Damocles, some things have shifted a bit. But ultimately the band’s brand of death metal remains intact, and quite possibly a bit stronger from their time away.

Again making the haul over to Erik Rutan’s Mana Studios to record with Brian Elliot and JJ Hrubovcak, The Tides of Damocles offers a more diverse approach than 2009’s Relentless. While that album was a frenzied piece of adrenaline, Tides prefers a more multi-faceted approach that still keeps the essence of the band at the surface. Thunderous groove permeates songs like “Forever Enduring, Always Ready” while other songs such as “Irresistible Foe” provide an subtle ear for melodies that effectively contrast with the more traditionally pummeling numbers that “Strike First, Strike Hard, Strike Often” do so well. Dawn of Azazel even do some flirting with doomy atmospheres on “Tarnished Gold.” Also worthy of note are the often melodic solos that “The Eagles Grasp” exemplifies. Lastly, vocalist Rigel Walsh has lost none of his fury, with aggressive roars taking their rightful place above the blistering drums and punchy grooves.

With a more well-rounded approach, Dawn of Azazel have successfully honed their death metal approach. The further emphasis on groove ensures that listeners won’t be easily bored as well as keeps them from being a one-trick pony. Those that have escaped the band’s reach up to now would be wise to give The Tides of Damocles a spin. Chalk up another victory for New Zealand! 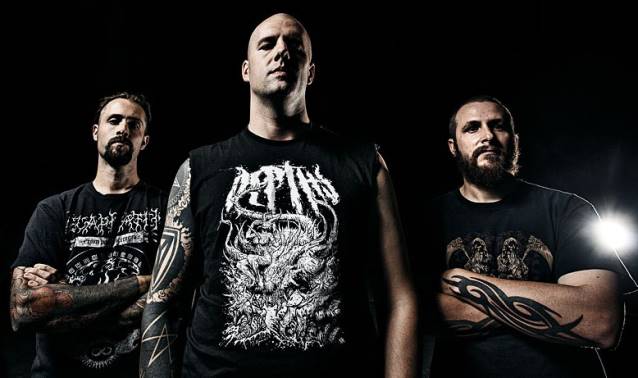