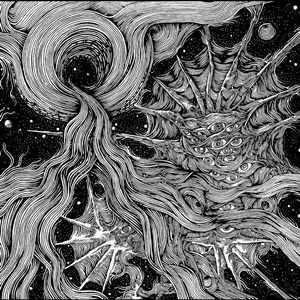 Born out of the ending of Armageddon, Daughter Chaos is an East Coast three-piece outfit featuring quite the talented roster of musicians. Drummer Yanni Sofianos has worked with End-Time Illusion, Obsession and Let Us Prey, bassist/vocalist Sara Claudius has ties to Ghost Ship Octavius and The Obsessed during her career, and guitarist Andrew Pevny also plays in Framework. They’ve issued their debut self-titled EP – a five song outing that in some aspects takes off where Armageddon finished, and on another side brings to mind some powerful, modern melodic death with interesting hooks and dynamics.

Layers of energetic riffing and a circular guitar melody against a pounding tempo for “The Burning One” signal Daughter Chaos’ ascent into catchiness, Sara growling in discernible clarity while the main passages recall the Whoracle-era of In Flames if given a bit more of a crunchy, modern kick. Yanni flexes his dexterity and amazing extreme fill/transition abilities on the speedy meets mid-tempo melodic death volleying “The Space Born” – another cut where you will get a mixture of heads down power riffs and solid ‘groove’-oriented passages that are still heavy without obvious breakdown measures. Andrew as a guitarist has that remarkable emotive nuance to many of his leads – it’s not that he can’t shred, tap, or divebomb with the best of them, but the knack for picking his spots makes every lead worthwhile here. Be it right out of the gate for the opening measures of “Daughter Chaos” or the head-crushing main riff ethics throughout closer “Void of Sacrifice”, the band dazzles and infiltrates your headspace with an adequate mixture of melodic death and modern power songwriting – in a similar fashion as Arch Enemy, classic In Flames, or even slight Omnium Gatherum excitement.

At a little over twenty-one minutes, Daughter Chaos firmly plant themselves as the best successor to what Armageddon established now that Chris Amott has moved on to Dark Tranquillity. But this scribe believes the future is quite bright as this debut provides evidence that solid songwriting, dynamic abilities, and outstanding talent on all fronts will go a long ways to establishing them as a reliable, potent group.