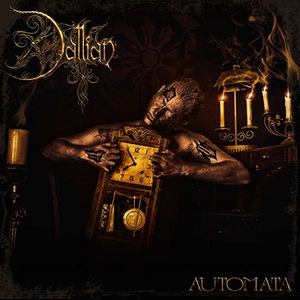 Every little bit counts today in order to help your band stand out from the pack. In the case of Dallian, the first bit of enticement came from the band’s description that included symphonic death metal with a ‘steampunk’ aesthetic. It was enough to convince for a spin or two on the Bandcamp site, and Dallian have the depth necessary to gain some traction in the scene with additional listens.

At a dense 67-minutes in length, Automata is a story-driven affair that leans into its symphonic and progressive framework in order to be successful. Taking elements from bands ranging from Fleshgod Apocalypse and Septicflesh to Opeth and Orphaned Land, there’s a large sense of grandeur to absorb in the first few listens. The steampunk aesthetic often rears its head in the atmosphere and tone of the music, adding to the sense of cinema and story as the tracks progress. It’s a dark direction, but one that the music fits with, and is enriched by. More atmospheric tracks like “Swallow the Sun” allow this to rise to the surface more clearly, even if more blistering cuts like “Swine Dialectic” are still bolstered by their presence. There’s even some Portuguese guitar employed, which “Caixa Pensatoria” and others benefit from, bringing the music a more worldly tone. Despite the wide variety, the album does start to drop off a bit in the second half, and seems to be yet another case of ‘more is more’ not quite meeting that same standard – Automata might have found itself to be even more compelling with a few tracks trimmed from the release (yes, a problem for a concept album).

A notable debut for Dallian, even if it’s a bit lengthy. The level of polish is quite strong for a new act, and their will and want to go outside the norm is admirable. The steampunk aesthetic works, as does their combination of symphonic and progressive death metal components. Let’s see what they can come up with for round two.